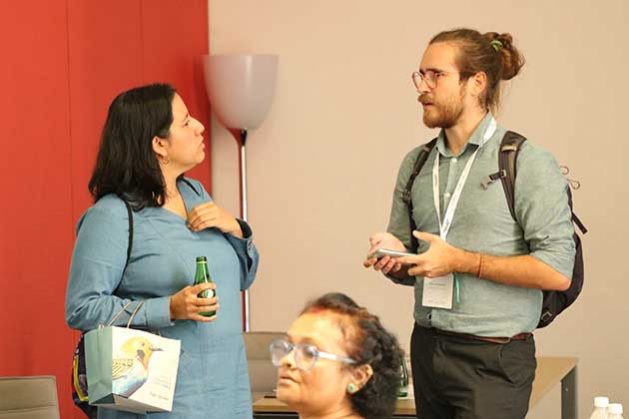 ABIDJAN, Ivory Coast , Oct 21 2022 (IPS) - A coalition of civil society organisations is demanding public development banks (PDBs) to take radical and innovative steps to tackle human rights violations and environmental destruction. No project funded by PDBs should come at the expenses of vulnerable groups, the environment and collective liberties, but should instead embody the voices of communities, democratic values and environmental justice.

The demands, part of a collective statement signed by more than 50 civil society organisations, come as over 450 PDBs gather in Abidjan, Ivory Coast, from October 19th, for a third international summit, dubbed Finance in Common.

The COVID-19 pandemic and climate emergency, coupled with human rights violations and increasing risks for activists worldwide, is bringing the need to change current practices into even sharper focus. While public development banks may drag their feet on addressing intersecting and structural inequalities, civil society organisations are taking actions aimed at creating dignified livelihoods by embedding development with concrete affirmative measures towards climate, social, gender, and racial justice.

PDBs cannot be reluctant to act. They need to hit the target when it comes to supporting the transformation of economies and financial systems towards sustainability and addressing the most pressing needs of citizens worldwide – from food systems to increasing support for a just transition towards truly sustainable energy sources. PDBs must recognise that public services are the foundation of fair and just societies, rather than encouraging their privatisation and keep austerity narratives alive.

9 out of 10 people live in countries where civic freedoms are severely restricted, and with an environmental activist killed every two days on average over the past decade, development banks have an obligation to recognize and incorporate human rights in their plans and actions, following a “do not harm” duty. 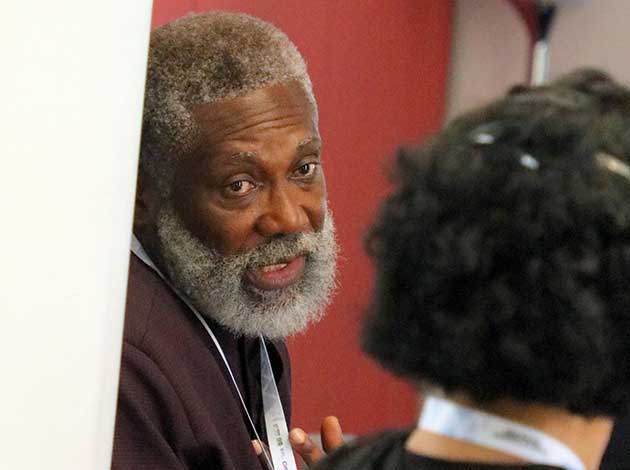 Communities cannot be left out of the door. They need to be given the space to play the rightful role of driving forces in the answers to today’s global challenges, without them PDBs will move backwards rather than forward – and this means more environmental degradation, less democratic participation, and to put it bluntly an even greater crisis than the one we are facing today. And nobody needs that.

The recommendations in the collective civil society statement emerge from a three-year process of engagement and exchange, involving civil society networks in an effort to shape PDBs policies and projects. You can find some of their words and messages below.

As the call for accountability grows, the Finance in Common summits are an opportunity for PDBs to show moral leadership and help remedy the lack of long-term collaborations with civil society, communities and indigenous groups, threatening to curtail development narratives and practices.

Here’s the messages from civil society organisations from around the globe directed at public development banks.

Oluseyi Oyebisi, Executive Director of Nigeria Network of NGOs (NNNGO) the Nigerian national network of 3,700 NGOs said: “The Sahara and Sahel countries especially have been facing the most serious security crisis in their history linked with climate change, social justice and inequalities in the region. Marked by strong economic (lack of opportunities especially for young people), social (limitation of equitable access to basic social services) and climatic vulnerabilities, the region has some of the lowest human development indicators in the world – even before the covid pandemic. Access to affected populations is limited in some localities due to three main factors: the security situation, the poor state of infrastructures and difficult geographic conditions. PDBs must prioritise civil society organisations and Communities initiatives supporting state programs of decentralization, security sector reforms and reconciliation. This will help reduce the vulnerability of populations and prevent violent extremism.”

Mavalow Christelle Kalhoule, Forus Chair and President of Spong, the NGO network of Burkina Faso said: “Development projects shape our world; from the ways we navigate our cities to how rural landscapes are being transformed. Ultimately, they impact the ways we interact with one another, with plants and animals, with other countries and with the food on our plates. The decisions taken by public development banks are therefore existential. Such responsibility comes with an even greater one to include communities directly concerned by development projects, those whose air, water and everyday lives are affected for generations to come. For this to happen, public development banks must reinforce their long-term efforts to create dialogue with civil society organisations, social movements and indigenous communities in order to fortify the democratic principles of their work. We encourage them to listen, to ask and to cooperate in innovative ways so that development stays true to its original definition of progress and positive change; a collective, participative and fair process and a word which has a meaning not for a few, but for all.”

Tity Agbahey, Africa Regional Coordinator, Coalition for human rights in development said: “Many in civil society have expressed concerns about Finance in Common as a space run by elites, that fails to be truly inclusive. It is a space where the mainstream top-down approach to development, instead of being challenged, is further reinforced. Once again, the leaders of the public development banks gathered at this Summit will be taking decisions on key issues without listening to those most affected by their projects and the real development experts: local communities, human rights defenders, Indigenous Peoples, feminist groups, civil society. They will speak about “sustainability”, while ignoring the protests against austerity policies and rising debt. They will speak about “human rights”, while ignoring those denouncing human rights violations in the context of their projects. They will speak about “green and just transition”, while continuing to support projects that contribute to climate change.”

Comlan Julien AGBESSI, Regional Coordinator of the Network of National NGO Platforms of West Africa (REPAOC), a regional coalition of 15 national civil society platforms said: “Regardless of how they are perceived by the public authorities in the various countries, non-governmental organisations (NGOs) contribute to covering the aspects and spaces not reached or insufficiently reached by national development programmes. Despite the undeniable impact of their actions on the living conditions of populations, NGOs remain the poor cousins of donor funding, apart from the support of certain philanthropic or charitable organisations. In such a context of scarce funding opportunities, aggravated by the health crisis due to COVID-19 and the subsequent economic crisis, Pooled Finance, which is in fact a paradigm shift, appears to be a lifeline for CSOs. This is why REPAOC welcomes the commitments made by both the Public Development Banks and the Multilateral Development Banks to directly support CSO projects and programmes in the same way as they usually do with governments and the private sector. Through the partnership agreements that we hope and pray for between CSOs and banks, the latter can be assured that the actions that will be envisaged for the benefit of rural and urban communities will certainly reach them with the guarantees of accountability that their new CSO partners offer”.

Frank Vanaerschot, Director of Counter Balance, said: “As one of this year’s organisers of the Finance in Common Summit, the EIB will brag about the billions it invests in development. The truth is the bank will be pushing the EU’s own commercial interests and promoting the use of public money for development in the Global South to guarantee profits for private investors. Reducing inequalities will be second-place at best. The EIB is also co-hosting the summit despite systemic human rights violations in projects it finances from Nepal to Kenya. Instead, the EIB and other public banks should work to empower local communities by investing in the public services needed for human rights to be respected, such as publicly owned and governed healthcare and education – not on putting corporate profits above all else.”

Stephanie Amoako, Senior Policy Associate at Accountability Counsel said: “PDBs must be accountable to the communities impacted by their projects. All PDBs need to have an effective accountability mechanism to address concerns with projects and should commit to preventing and fully remediating any harm to communities”.

Jyotsna Mohan Singh, Regional Coordinator, Asia Development Alliance said: “PDBs should have a normative core; they should start with the rights framework. This means grounding all safeguards into all the various rights frameworks that already exist. There are rights instruments for indigenous people, the elderly, women, youth, and people living with disability. They are part and parcel of a whole host of both global conventions and regional conventions. Their approach should be grounded in those rights, then it will be on a very firm footing.