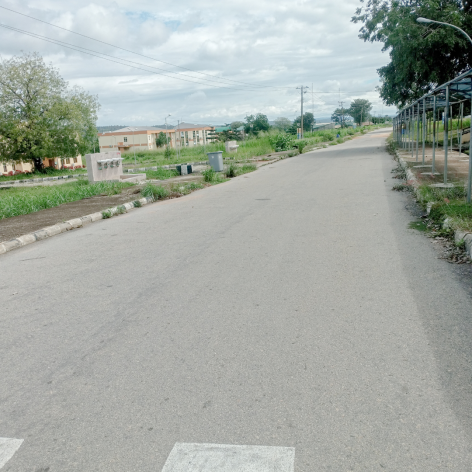 A campus at one of Nigeria's universities. The recent strike has put the spotlight on the West African country's brain drain. Credit: Pius Adeleye​/IPS​

Abuja, Nov 11 2022 (IPS) - For eight months, the halls of Nigeria’s universities and colleges remained silent – the result of a lecturers’ strike brought upon by a wage and conditions of service dispute.

Finally, after intense negotiations, the Staff Union of Universities (ASUU) suspended the strike at a meeting mediated by the House of Representatives. The lecturers returned to work, but the question now is what impact it will have on Nigeria’s already problematic brain drain.

The deal struck included that ASUU is no longer the sole representative of public university lecturers in Nigeria. On October 4, the Federal Government of Nigeria approved the registration of two other academic unions: the Congress Of Nigerian University Academics (CONUA) and the Nigerian Association Of Medical Dental Academics (NAMDA).

Long before Nigeria returned to democracy in 1999, the departure of Nigerian intellectuals, skilled personnel, and health professionals abroad has been a consistent trend.

However, the lecturers’ strike put the problem firmly in the spotlight.

Although brain drain is an issue that cuts across African borders, the rate at which professionals in Nigeria’s education sector leave is the worst on the continent.

“Knowledge is a global product that could be needed anywhere in the world—and people go to places where they are valuable and needed,” said Dr Olatunji Abdulganiy, a lecturer and the secretary of ASUU, University of Ilorin. “In those countries where they go, you will find good governance and better service conditions.”

In January 2021, the National Universities Commission (NUC), an agency under the Federal Ministry of Education that ensures a productive university system, reported that only 100,000 lecturers attended to 2.1 million university students in Nigeria. This proportion means Nigerian universities are glaringly understaffed.

“Many departments in Nigeria’s public universities borrow virtually everything to pass NUC accreditation. Some do not only borrow staff, but they go as far as borrowing heads of department,” Magnus Nwoko, a lecturer at the Federal University of Technology Owerri, tells IPS.

“In some public universities, lecturers teach courses they did not study, and while the government spends huge amounts of money training lecturers in European, Asian, and American countries through TETFUND, these lecturers often prefer to work in those developed countries,” he lamented.

In August 2022, the leadership of ASUU bemoaned the increasing rate of brain drain in public universities. According to the academic union, since the commencement of the strike in February 2022, about 70 percent of young lecturers have left Nigeria for opportunities in other countries, while the mass resignation of academic workers in public universities continues to weaken Nigerian higher institutions.

“In the past decades, Nigerian lecturers would acquire knowledge in any country and return. The nation also had many foreign lecturers—from England, Ghana, South Africa, and other countries in our public universities. However, the country now has few foreign nationals; this happens when successive governments become less responsive and sensitive,” said Abdulganiy.

Aside from the ongoing strikes and the flawed system that contributes to the increasing rate of brain drain, insecurity in Nigeria is a big factor that fosters the mass exodus of intellectuals. According to a recent AfroBarometer survey data, abductions and kidnappings “rank at the top” of crimes and insecurities in Nigeria— and the kidnappings in Abuja, Kogi, Delta, Nasarawa, Abia and Kastina indicate that academic workers are not spared in this frightening challenges of insecurity and crime.

However, while the strike may be over, discontent over working conditions in many professions continues. In early October, the umbrella body for medical doctors in the country Nigerian Medical Association (NMA), hinted at a shutdown. NMA President Uche Rowland said the government should declare a state of emergency in the health sector – saying doctors were poorly paid, overworked, and often work in under-resourced facilities.

The Nigeria Medical Association (NMA), an umbrella body of medical doctors practicing in the country, has hinted at a possible shutdown if the government fails to address the challenges its members face.

The association said the challenges had contributed significantly to the brain drain.

Rowland called on the Nigerian government to declare a state of emergency in the country’s health sector – noting that doctors in the public sector are poorly paid, overworked, work in environments without basic facilities “and have become a target for kidnapping.”

Research by the development Research and Project Centre (dRPC) also indicates that nurses leave the country in droves. A recent report showed that between 2019 and mid-2022, at least 4,460 nurses migrated from Nigeria to the United Kingdom.