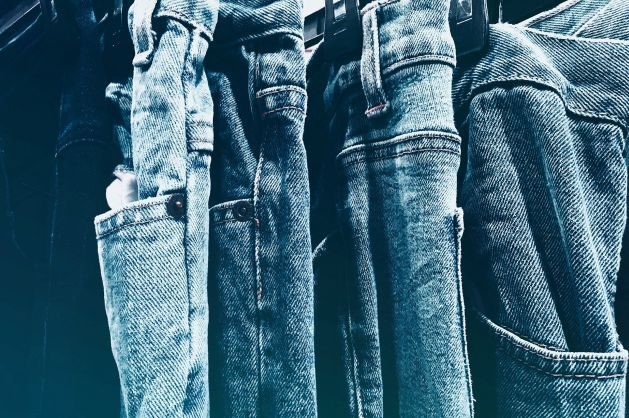 Around 7,500 litres of water are used to make a single pair of jeans, equivalent to the amount of water the average person drinks over seven years. Credit: pexels

MADRID, Nov 25 2022 (IPS) - Please take a quick look at this short report before rushing to shop on a Black Friday, Christmas sales and all those long chains of big discounts and wholesales, most of them are fake, as often denounced by consumers organisations that report that the business usually inflates prices before launching such deals.

Just a couple of figures to start with: the fashion industry is responsible for more than all international flights and maritime shipping combined.

Consequently, it is widely believed that this business is the second major producer of greenhouse gases, just after the other industries using fossil fuels.

And it is a big business, which is estimated as valued at upward of 3 trillion dollars.

Did you know all this?

The global production of clothing and footwear generates 8% of the world’s greenhouse gas emissions and, with manufacturing concentrated in Asia, the industry is mainly reliant on hard coal and natural gas to generate electricity and heat

Now back to its worrying impacts. According to the UN Development Programme (UNDP) and other UN agencies, and non-governmental organisations worldwide:

Wastewater: The fashion industry is responsible for producing 20% of global wastewater and 10% of the global carbon emissions – more than the emissions of all international flights and maritime shipping combined,

Seven years of needed drinking water for an average person are consumed for producing just one single pair of blue jeans: 7.500 litres,

Enough water to quench the thirst of five million. According to the UN Conference on Trade and Development (UNCTAD), some 93 billion cubic metres of water, is used by the fashion industry annually,

Around half a million tons of microfibre, which is the equivalent of 3 million barrels of oil, is now being dumped into the ocean every year, polluting the oceans, the wastewater, and toxic dyes,

Plastic microfibres: The textiles industry has recently been identified as a major polluter, with estimates of around half a million tonnes of plastic microfibers ending up in the world’s oceans as polyester, nylon or acrylic are washed each year,

A truckload of abandoned textiles is dumped in landfill or incinerated every second, according to the Ellen Macarthur Foundation, partner of the UN Environment Programme (UNEP). This means that of the total fibre input used for clothing, 87% is incinerated or sent to landfill.

The business of fashion years ago ‘invented’ what is known as ‘fast fashion,’ i.e, nice-looking clothing and footwear at low-price.

In fact, the dominant business model in the sector is that of “fast fashion”, whereby consumers are offered constantly changing collections at low prices and encouraged to frequently buy and discard clothes.

Many experts, including the UN, believe the trend is responsible for a plethora of negative social, economic and environmental impacts and, with clothing production doubling between 2000 and 2014, it is crucially important to ensure that clothes are produced as ethically and sustainably as possible.

The consequence is that it is estimated that people are buying 60% more clothes and wearing them for half as long.

According to the world’s leading environmental organisation, the annual Black Friday sales on 25 November are a reminder of the need to rethink what is bought, what is thrown away, and what it costs the planet.

“Sustainable fashion and circularity in the textiles value chain are possible, yet this century the world’s consumers are buying more clothes and wearing them for less time than ever before, discarding garments as fast as trends shift.”

A big alliance versus a big business

In a bid to halt the fashion industry’s environmentally and socially destructive practices, and harness the catwalk as a driver to improve the world’s ecosystems, 10 different UN organisations established the UN Alliance for Sustainable Fashion, which was launched during the 2019 UN Environment Assembly in Nairobi

Elisa Tonda, Head of the Consumption and Production Unit at the UN Environment Programme (UNEP), one of the 10 UN bodies involved in the Alliance, explained the urgency behind its formation:

“The global production of clothing and footwear generates 8% of the world’s greenhouse gas emissions and, with manufacturing concentrated in Asia, the industry is mainly reliant on hard coal and natural gas to generate electricity and heat.”

“If we carry on with a business-as-usual approach, the greenhouse gas emissions from the industry are expected to rise by almost 50% by 2030.”