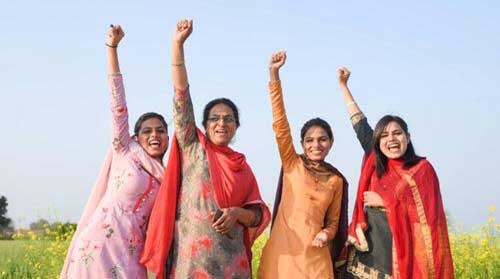 UNITED NATIONS, Nov 15 2022 (IPS) - Whether to have children or not is one of the most life-altering decisions a person can make.

But as UNFPA’s 2022 State of World Population report shows, people around the world – especially women and members of marginalized groups – are frequently denied any choice in the matter, with partners, relatives, health care providers and even governments making or strongly influencing these decisions.

“Men have greater decision-making power [regarding contraception]. Women may have to act secretly/discreetly to get contraception services,” a man in India told report authors.

“Men hold the ultimate decision-making power. It is common practice for providers to ask for the husband’s consent,” a woman in Sudan said.

Though women’s reproductive decisions have been subject to interference for centuries, it’s only in the last decade that researchers have begun to recognize and explore this concept. They call it reproductive violence.

This form of gender-based violence can be committed by individuals such as partners, relatives and health care providers, or by entire communities, as social norms influence societies’ ideas of who should or should not be a parent. Meanwhile governments often exert this form of violence through laws and institutions, by preventing access to contraceptives or even conducting forced sterilization campaigns, for instance.

At the interpersonal level, reproductive violence might look like a partner hiding, destroying or even forcefully removing their partner’s birth control, or involve “stealthing” – the practice of removing a condom during sex without consent.

For others, reproductive violence follows the news of a pregnancy, with some women compelled against their will into motherhood and others, to terminate.

It was the latter action that 58-year-old Jasbeer Kaur from Rajasthan, India, told UNFPA in 2020 that her husband’s family tried to force on her after learning Jasbeer was pregnant with triplets – all girls.

“No daughter had been born in my husband’s family in the last three generations. They told me, we won’t allow three daughters to be born in the house at the same time. They gave me an ultimatum: Get an abortion or leave,” Ms. Kaur said.

In demanding this of her, Ms. Kaur’s in-laws were perpetuating harmful social and gender norms that assign higher value to boys’ lives than those of girls. Members of Ms. Kaur’s community reinforced this discriminatory perspective, calling Ms. Kaur “poor thing” for not having any sons.

“Here, people still think … as a mother, you haven’t done your bit until you’ve given birth to a son,” one of Ms. Kaur’s neighbours told UNFPA.

But Ms. Kaur stood up to these norms and practices. She chose to leave her husband and his family and to keep her pregnancy. Today, her triplets Mandeep, Sandeep and Pardeep are all in their mid-twenties, building careers across the arts, business and health care.

“Today, people know us as Jasbeer Kaur’s daughters. We want to make something of our lives,” Sandeep said.

Seeing the problem to solve it

Although reproductive violence often involves partners and family members, as in Ms. Kaur’s case, they are not the only perpetrators. Governments and institutions also commit acts of reproductive violence through coercive laws and policies, some of which aim to control national-level fertility.

With the global population now eclipsing 8 billion people, countries’ population policies have entered the spotlight. And evidence has begun to emerge, especially, of countries seeking to boost fertility through problematic means, including by limiting access to abortion and cutting sex education from school.

UNFPA has warned that these efforts to engineer population size typically have little impact on fertility in the short term, and in the long term, risk causing major problems.

“Focusing on numbers alone treats people as commodities, stripping them of their rights and humanity,” UNFPA Executive Director Dr. Natalia Kanem said on 14 November in an op-ed for TIME. “We have too often seen leaders setting targets for population size or fertility rates, and the grievous human rights abuses that result.”

“Let’s be clear: When we talk about the ‘problem’ with fertility rates or an ‘ideal’ population size, we are really talking about controlling people’s bodies. We are talking about asserting power over their capacity for reproduction, whether by influence or by force, from policies where families are paid to have more children, to egregious violations like forced sterilization, often suffered by ethnic minorities, indigenous peoples, and people with disabilities.”

Specifically regarding reproductive violence, UNFPA is currently working on a technical paper and developing a measurement tool to help health care practitioners, researchers, institutions and governments identify where, when and how these violations occur. It’s a critical step towards helping societies address this issue and safeguard people’s rights and choices.

“A resilient world of 8 billion, a world that upholds individual rights and choices, offers infinite possibilities – possibilities for people, societies and our shared planet to thrive and prosper,” said Dr. Kanem.