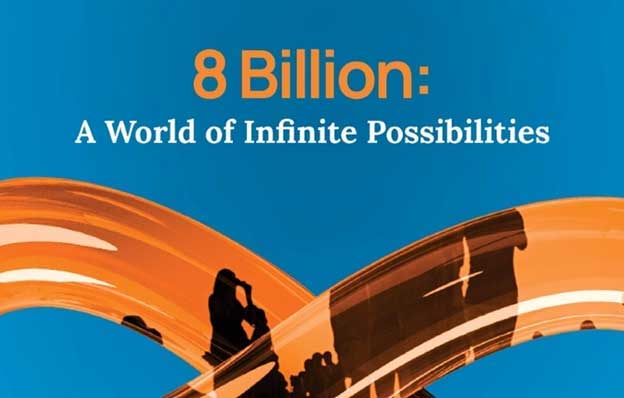 The global population is projected to reach 8 billion on 15 November 2022, and India is projected to surpass China as the world’s most populous country in 2023, according to World Population Prospects 2022, released on World.

UNITED NATIONS, Nov 15 2022 (IPS) - The global population is projected to reach 8 billion on 15 November 2022, signalling major improvements in public health that have lowered the risk of dying and increased life expectancy. But the moment is also a clarion call for humanity to look beyond the numbers and meet its shared responsibility to protect people and the planet, starting with the most vulnerable.

“Unless we bridge the yawning chasm between the global haves and have-nots, we are setting ourselves up for an 8-billion-strong world filled with tensions and mistrust, crisis and conflict,” said UN Secretary-General António Guterres.

A more demographically diverse world than ever before

While the world’s population will continue to grow to around 10.4 billion in the 2080s, the overall rate of growth is slowing down. The world is more demographically diverse than ever before, with countries facing starkly different population trends ranging from growth to decline.

Today, two-thirds of the global population lives in a low fertility context, where the lifetime fertility is below 2.1 births per woman. At the same time, population growth has become increasingly concentrated among the world’s poorest countries, most of which are in sub-Saharan Africa.

Against this backdrop, the global community must ensure that all countries, regardless of whether their populations are growing or shrinking, are equipped to provide a good quality of life for their populations and can lift up and empower their most marginalised people.

“A world of 8 billion is a milestone for humanity – the result of longer lifespans, reductions in poverty, and declining maternal and childhood mortality. Yet, focusing on numbers alone distracts us from the real challenge we face: securing a world in which progress can be enjoyed equally and sustainably,” said UNFPA Executive Director Dr. Natalia Kanem. “We cannot rely on one-size-fits-all solutions in a world in which the median age is 41 in Europe compared to 17 in sub-Saharan Africa. To succeed, all population policies must have reproductive rights at their core, invest in people and planet, and be based on solid data.”

Meanwhile, the majority of the world’s population growth is concentrated among the poorest countries, which have significantly lower emissions rates but are likely to suffer disproportionately from the effects of climate change.

“We must accelerate our efforts to meet the objectives of the Paris Agreement as well as achieve the SDGs,” said Li Junhua, UN Under-Secretary-General for Economic and Social Affairs. “We need a rapid decoupling of economic activity from the current over-reliance on fossil-fuel energy, as well as greater efficiency in the use of those resources, and we need to make this a just and inclusive transition that supports those left furthest behind.”

The need for a sustainable future built on rights and choices

In order to usher in a world in which all 8 billion people can thrive, we must look to proven and effective solutions to mitigate our world’s challenges and achieve the SDGs, while prioritising human rights. In order to pursue these solutions, increased investment from member states and donor governments is needed in policies and programmes that work to make the world safer, more sustainable and more inclusive.

Key facts and figures at a glance

● It took about 12 years for the world population to grow from 7 to 8 billion, but the next billion is expected to take approx 14.5 years (2037), reflecting the slowdown in global growth. World population is projected to reach a peak of around 10.4 billion people during the 2080s and to remain at that level until 2100.
● For the increase from 7 to 8 billion, around 70 per cent of the added population was in low-income and lower-middle-income countries. For the increase from 8 to 9 billion, these two groups of countries are expected to account for more than 90 per cent of global growth.
● Between now and 2050, the global increase in the population under age 65 will occur entirely in low income and lower-middle-income countries, since population growth in high-income and upper-middle income countries will occur only among those aged 65 years or over.