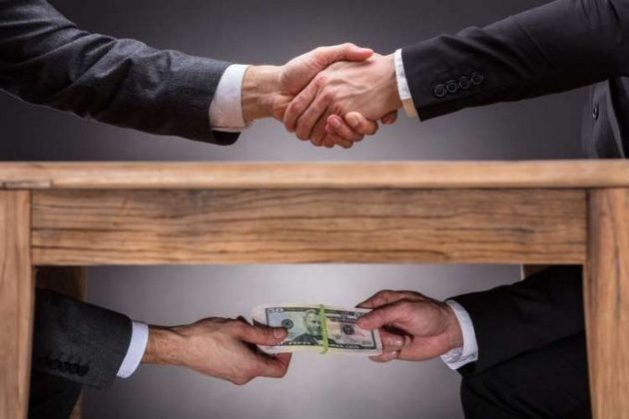 MADRID, Dec 6 2022 (IPS) - In these times when all sorts of human rights violations have been ‘normalised,’ a crime which continues to be perpetrated everywhere but punished nowhere: corruption is also seen as a business as usual. A business, by the way, that relies on the wide complicity of official authorities.

“Corruption attacks the foundation of democratic institutions by distorting electoral processes, perverting the rule of law and creating bureaucratic quagmires whose only reason for existing is the solicitation of bribes.”

“Much of the world's costliest forms of corruption could not happen without institutions in wealthy nations: the private sector firms that give large bribes, the financial institutions that accept corrupt proceeds, and the lawyers, bankers, and accountants who facilitate corrupt transactions,” warns the World Bank

Such a widespread ‘plague’ continues to be more and more exported by the business of the top trading countries as reported by the UN on the occasion of the 2022 International Anti-Corruption Day on 9 December.

Corruption weakens and shrinks democracy, a phenomenon that is now more and more extended (See IPS Thalif Deen’s: The Decline and Fall of Democracy Worldwide).

Such a shockingly perpetrated practice –which is rightly defined as a “crime”, — not only follows conflict but is also frequently one of its root causes.

“It fuels conflict and inhibits peace processes by undermining the rule of law, worsening poverty, facilitating the illicit use of resources, and providing financing for armed conflict,” as highlighted on the occasion of this year’s World Day.

Corruption has negative impacts on every aspect of society and is profoundly intertwined with conflict and instability jeopardising social and economic development and undermining democratic institutions and the rule of law, the UN warns.

Indeed, “economic development is stunted because foreign direct investment is discouraged and small businesses within the country often find it impossible to overcome the “start-up costs” required because of corruption.”

It is perhaps useless to say that corruption is a practice widely committed by all sectors of private businesses.

In fact, in several industrialised countries, every now and then, some news shows the facades of zero-equipped hospitals and schools being inaugurated by politicians ahead of their electoral campaigns.

Shockingly, too many involved politicians get proportionally punished, if anytime, after extremely lengthy and mostly unfruitful legal processing.

For its part, the World Bank considers corruption a major challenge to the twin goals of ending extreme poverty by 2030 and boosting shared prosperity for the poorest 40 percent of people in developing countries.

“Corruption has a disproportionate impact on the poor and most vulnerable, increasing costs and reducing access to services, including health, education and justice.”

The World Bank explains that corruption in the procurement of drugs and medical equipment drives up costs and can lead to sub-standard or harmful products.

“The human costs of counterfeit drugs and vaccinations on health outcomes and the life-long impacts on children far exceed the financial costs. Unofficial payments for services can have a particularly pernicious effect on poor people.”

A global movement working in over 100 countries to end the injustice of corruption: Transparency International, which focuses on issues with the greatest impact on people’s lives and holds the powerful to account for the common good, reveals additional findings.

Its report: Exporting Corruption 2022: Top Trading Countries Doing Even Less than Before to Stop Foreign Bribery, warns that despite a few breakthroughs, “multinational companies bribing their way into foreign markets go largely unpunished, and victims’ compensation is rare.”
“Our globalised world means companies can do business across borders – often to societies’ benefit. But what if the expensive new bridge in your city has been built by an unqualified foreign company that cuts corners?

“Or if your electricity bill is criminally inflated thanks to a backroom business deal? The chances of this are higher if you live in a country with high levels of government corruption.”

Public officials who demand or accept bribes from foreign companies are not the only culprits of the corruption equation. Multinational companies – often headquartered in countries with low levels of public sector corruption – are equally responsible.”

Twenty-five years ago, the international community agreed that trading countries have an obligation to punish companies that bribe foreign public officials to win government contracts, mining licences and other deals – in other words, engage in foreign bribery. Yet few countries have kept up with their commitments, it adds.

“Much of the world’s costliest forms of corruption could not happen without institutions in wealthy nations: the private sector firms that give large bribes, the financial institutions that accept corrupt proceeds, and the lawyers, bankers, and accountants who facilitate corrupt transactions,” warns the World Bank.

Data on international financial flows shows that money is moving from poor to wealthy countries in ways that fundamentally undermine development, the world’s financial institution reports.

Worse than ever before…

Transparency International’s report, Exporting Corruption 2022, rates the performance of 47 leading global exporters, including 43 countries that are signatories to the Organisation for Economic Co-operation and Development (OECD) Anti-Bribery Convention, in cracking down on foreign bribery by companies from their countries.

“The results are worse than ever before.”

Part II of this story can be found here – Corruption: Europe Doing Nothing – Part II