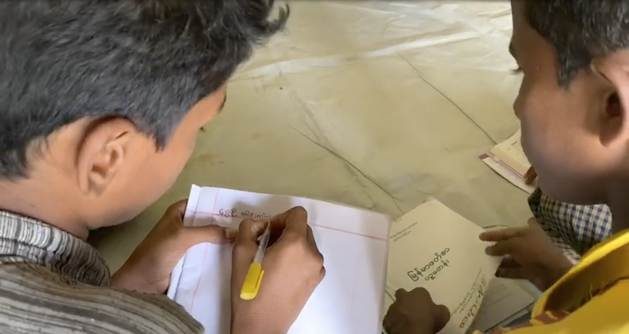 RZESZOW, Poland, Dec 7 2022 (IPS) - Education is fundamental for children’s development and a powerful catalyst for improving their entire lives. International human rights law guarantees everyone a right to education. But it surprises many to learn that the international human rights framework only explicitly guarantees an immediate right to free primary education—even though we know that a child equipped with just a primary education is inadequately prepared to thrive in today’s world.

All countries have made a political commitment through the United Nations “Sustainable Development Goals” to providing by 2030 both access to pre-primary education for all, and that all children complete free secondary school education. Yet the world appears on track to fail these targets, and children deserve more than yet another round of non-binding pledges

Children who participate in education from the pre-primary through to the secondary level have better health, better job prospects, and higher earnings as adults. And they are less vulnerable to exploitation and abuse, including child labor and child marriage.

All countries have made a political commitment through the United Nations “Sustainable Development Goals” to providing by 2030 both access to pre-primary education for all, and that all children complete free secondary school education. Yet the world appears on track to fail these targets, and children deserve more than yet another round of non-binding pledges.

For these reasons, Human Rights Watch believes that it’s time to take countries that made these commitments at their word, and expand the right to education under international law. It should explicitly recognize that all children should have a right to early childhood education, including at least one year of free pre-primary education, as well as a right to free secondary education.

We are not alone in this belief.

In 2019, the World Organisation for Early Childhood Education and the Latin American Campaign for the Right to Education met with experts from the United Nations Committee on the Rights of the Child to share their research, concluding that the legally binding human rights framework failed to adequately specify that the right to education should begin in early childhood, before primary school.

In December 2021, UNESCO—the UN education organization—concluded that in light of 21st century trends and challenges, the right to education should be reframed, and that recognizing early childhood education as a legal right at the international level “would allow the international community to hold governments accountable and ensure there is adequate investment.”

In September, the Nobel Prize laureate and education champion Malala Yousafzai and the environmental youth activist Vanessa Nakate were among over a half-a-million people around the world who signed an open letter from the global civic movement Avaaz, calling on world leaders to create a new global treaty that protects children’s right to free education—from pre-primary through secondary school.

Argentina and Spain announced their commitments to support the idea at the UN’s Transforming Education summit in September. In October, the UN’s top independent education expert recommended that the right to early childhood education should be enshrined in a legally-binding human rights instrument.

And the year ended on a high note with education ministers and delegations gathered at the November World Conference on Early Childhood Care and Education in Uzbekistan adopting the new “Tashkent Declaration,” in which they agreed to enhance legal frameworks to ensure the right to education “includes the right to at least one year of free and compulsory pre-primary quality education for all children.”

So what might happen in 2023? All concerned will turn to the UN Human Rights Council in Geneva to see whether member countries will agree to start the process to begin drafting such a treaty.

At least half of all countries already guarantee at least one year of free pre-primary education or free secondary education under their own domestic laws and policies. This includes low- and middle- income countries from around the world. That means that there’d be a large constituency of countries potentially willing to sign such a treaty when adopted.

Even when human rights feel under threat around the world, it’s vital for the human rights movement not to be on the defensive. Making the positive case for strengthening and advancing human rights standards has a critical role in shaping and improving the future.

Guaranteeing the best conditions for children to access a quality, inclusive, free education — and thereby to develop their personalities, talents, mental and physical abilities, and prepare them for a responsible life in a free society—is the kind of positive human rights agenda that all countries should rally around in 2023.