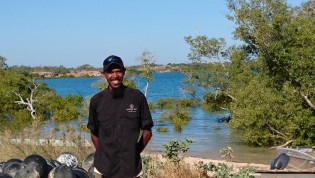 By Gordon Radley
Every winter dozens of bull sharks come to Mexico’s Mayan Riviera to breed. A single bull shark can give birth to up to 15 young. They are the only species of shark that can live in both fresh and salt water.
ADVERTISEMENT ADVERTISEMENT