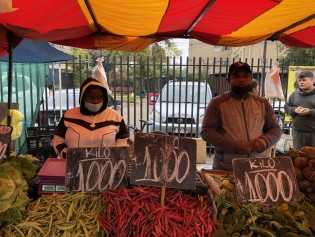 By Baher Kamal
It is as simple –and as horrifying– as that: both human health and the health of Planet Earth depend on plants. However, plants that make up 80% of the food and 98% of the oxygen, are under growing dangerous threats.

By Sweta Akundi
At a healthcare clinic in Thodathara, a village in the Thavanampalle mandal near Chittoor, Andhra Pradesh, Dr Vijay Kumar calls in his next patient. “He is the most disciplined man I know,” Dr Kumar says with a hint of pride.

By Jamila Akweley Okertchiri
“It feels like yesterday when I was deceived by one man who claimed to be a travelling agent. He promised me a work opportunity and a good salary,” says 25-year-old Cissy, as she prefers to be called. “As a young lady coming from an average family who really needed help, I fell for his lies.”
Next Page »
ADVERTISEMENT ADVERTISEMENT