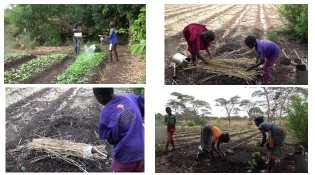 By Fawzia Moodley
A mere 35 billion US dollars per annum – equivalent to 10 days of military spending – would ensure all children in all countries benefit from social protection, Nobel Laureate Kailash Satyarthi told the 5th Global Conference on the Elimination of Child Labour.

By Baher Kamal
It is as simple –and as horrifying– as that: both human health and the health of Planet Earth depend on plants. However, plants that make up 80% of the food and 98% of the oxygen, are under growing dangerous threats.

By Asoka Bandarage
Sri Lanka is in the throes of an unprecedented economic crisis. Faced with a shortage of foreign exchange and defaulting on its foreign debt repayment, the country is unable to pay for its food, fuel, medicine, and other basic necessities. Notwithstanding the austerities that would be entailed, a bail out by the International Monetary Fund (IMF) has been accepted as the only way out of the dire economic situation.
Next Page »
ADVERTISEMENT ADVERTISEMENT