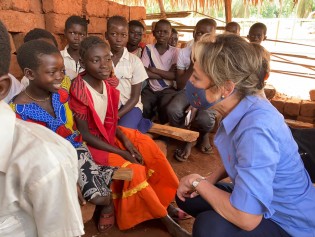 By Amal Kabashi
As a feminist activist and defender of women’s rights in Iraq, I would like to share with you my growing concerns about the assassinations, kidnappings, assaults, threats of assassination against and defamation of feminist activists and human rights defenders, which they have faced especially during the popular protests in October 2019–2020, all of which have occurred with impunity.

By Jennie Lyn Reyes
Almost two years into the COVID-19 pandemic, many countries in the developing world continue to grapple with basic issues such as securing sufficient vaccines and providing essential medical care for their sick. Many economies are in recovery mode as governments scramble to resuscitate them with recovery packages and build back better plans.
Next Page »
ADVERTISEMENT ADVERTISEMENT