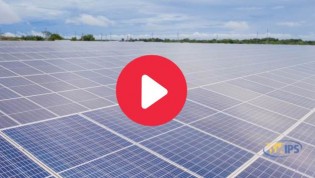 Video: Roraima in Search of Safe and Sustainable Energy Autonomy

By Mario Osava
Roraima, the northernmost state of Brazil, on the border with Guyana and Venezuela, is undergoing an energy transition that points to the dilemmas and possible solutions for a safe and sustainable supply of electricity in the Amazon rainforest.

By Kate Lappin and Anis Chowdhury
Australia is set to become the first country or jurisdiction to require large multinational corporations (MNCs), with a global consolidated income of at least AU$1 billion, to publicly report country-by-country (CbC) tax information. The new Labor Government announced on 25 October, 2022 in its budget paper that MNC’s public CbC tax reporting will begin from 1 July, 2023. Australia’s public CbC reporting rules will apply to all companies headquartered in Australia and companies headquartered elsewhere with sufficient nexus in the country.

By Helmut W. Ganser
The decision of Germany and other NATO states to supply modern battle tanks and other armoured infantry vehicles to Ukraine takes the West’s involvement in the war to a new level.

By Mariela Jara
Latin America and the Caribbean is no longer a young region and it will be one of the regions with the largest aging populations by 2050, which poses great challenges due to the social inequalities the countries face, but also opportunities to overcome them.

By Joyce Chimbi
It is a race against time to form a new global partnership to secure a better future for the world’s poorest and most vulnerable nations by 2030 in line with the UN’s SDGs. All 46 countries classified as Least Developed Countries (LDCs) are pressed for time in a bid to deliver critical development goals.

By Lazarus McCarthy Chakwera
“I was blind, but now I see.” This is what Vainesi, from Salima District in Central Malawi, said after surgery to treat trachoma. A mother of three, Vainesi had been unable to work or provide for her family once the disease began to affect her eyesight.
Next Page »
ADVERTISEMENT ADVERTISEMENT