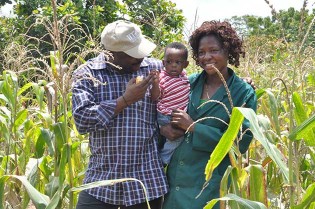 By Nteranya Sanginga
Africa’s population will double by 2050 if growth rates continue their trajectory, but the creation of jobs is not keeping pace, with up to five times more young people seeking employment each year as there are new posts to fill. And, on top of this, the COVID pandemic is plunging Africa into its first recession in 25 years.

By Ian Richards
The United Nations is using the digital government technology behind vaccine passports to help developing countries provide essential services to their vulnerable populations. After a year of Zoom meetings and with vaccinations slowly rolling out, international travel is making a come-back.

By Joe Amon and Christina Wille
In the first months of the COVID-19 pandemic, at a certain hour of the evening, people in cities around the world opened their windows or stood on their rooftops and banged pots and rang bells. As the coronavirus spread and the number of deaths mounted, it was a moment for people distancing themselves from others to show solidarity and appreciation for the heroic work of health workers. But even as health workers were being celebrated by some, others attacked them.

By Joseph Chamie
The demographic impact of the coronavirus one year after being declared a pandemic on 11 March 2020 has been enormous. The picture that emerges is one of significant consequences on the levels and trends of the key components of demographic change: mortality, fertility and migration.

By Antonia Kirkland
When the United Nations was founded in 1945, the principle of equality for all – regardless of sex, race, language, or religion - was enshrined in the organization's Charter.

By Anis Chowdhury and Jomo Kwame Sundaram
After being undermined by decades of financial liberalisation, developing countries now are not only victims of vaccine imperialism, but also cannot count on much financial support as their COVID-19 recessions drag on due to global vaccine apartheid.

By Sanjay Kapoor
Indian Prime Minister Narendra Modi does not really like attending parliament – except on special occasions. Budget session was one such occasion. Unsurprisingly, he tried to reach out to farmers still protesting at the border of the capital Delhi, against his government’s new farm laws.

By Kim She Joon
During the COVID19 lockdown, there has been an approximate 25% increase in domestic abuse, dubbed by the United Nations as the ‘pandemic within a pandemic’. While the home is perceived as a secure place, for domestic abuse victims battling the pandemic is equally and increasingly unsafe. A parasol of protection is needed to rehabilitate victims of abuse starting from detection, reaching out, providing help and support.

By Mariya Salim
Women living in rural India and those belonging to marginalised communities faced an enormous burden during the COVID-19 pandemic shutdowns, including domestic violence, loss of financial assistance and income, says Rehana Adeeb, a grassroots Muslim woman leader and activist.