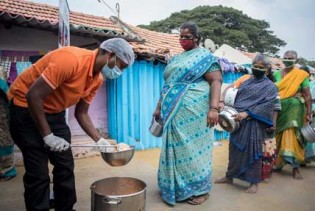 By Thalif Deen
Michael Bloomberg, the three-term Mayor of New York city and a billionaire philanthropist, was once quoted as saying that by the time he dies, he would have given away all his wealth to charity – so that his cheque to the funeral undertaker will bounce for lack of funds in his bank account.
Next Page »
ADVERTISEMENT ADVERTISEMENT