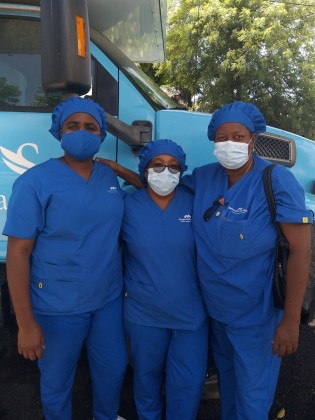 130 Countries Promise to Protect and Invest in Health Care Workers

By Alison Kentish
One hundred and thirty countries have signed a statement recognising the efforts of health care workers, first responders and essential workers during the COVID-19 pandemic – "one of the greatest global challenges in the history of the United Nations".

By Ahmed Sareer
Earlier this month, Abdulla Shahid, the Maldives’ foreign minister, was elected President of the 76th Session of the United Nations General Assembly (UNGA), which commences in September.

By Esther Ngumbi
The number of people facing acute food insecurity has hit a five-year high, according to a recently released annual report by the Global Network Against Food Crises (GNAFC) - an international alliance of the United Nations, the European Union, governmental and non-governmental agencies working to tackle food crises. In addition, the report noted that 28 million people were one step away from starvation. This was attributed to conflict, economic shocks due to COVID-19 and climate change associated weather events.
Next Page »
ADVERTISEMENT ADVERTISEMENT