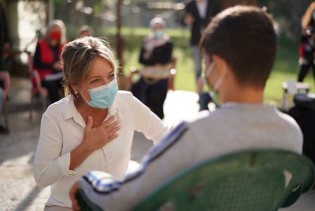 By Nayema Nusrat
With financing, the number of out-of-school refuges could be reduced to zero, Yasmine Sherif, Director of Education Cannot Wait (ECW) says, as the world commemorates World Refugee Day.

By Anis Chowdhury and Jomo Kwame Sundaram
Last week, the largest rich countries, home to most major transnational corporations (TNCs), agreed to a global minimum corporate income tax (GMCIT) rate. But the low rate proposed and other features will deprive developing countries of their just due yet again.

By Busani Bafana
Once a week a tonnage of fresh charcoal is dropped off at Sibangani Tshobe's rugged, pit-stop stall by a hired, battered old Bedford lorry. Small, makeshift trolleys — nicknamed Scania's — quickly cart off small loads and disappear into Old Pumula, the oldest suburb in the country’s second-largest city of Bulawayo.
Next Page »
ADVERTISEMENT ADVERTISEMENT