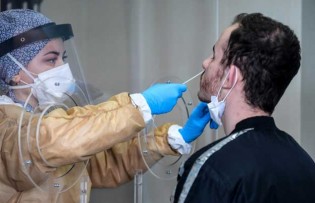 By Yanghee Lee
In one particularly bloody day in March, Myanmar’s security forces shot and killed at least ten children, some as young as 6, in violent crackdowns against peaceful protests. Since the military seized control over the country three months ago, more than 50 children have been killed, countless others injured, and more than 900 children and young people arbitrarily detained across the country.

By Yasmine Sherif
The month of May marks mental health awareness month or mental health awareness week in several countries around the world. Many people will be reading posts and blogs about the importance of getting more sunshine and exercise to avoid the blues, about ways to deal with the stress of the pandemic, about dealing with everyday challenges that disrupt our striving for happiness.

By Sunil J. Wimalawansa
There is considerable evidence that vitamin D reduces the risk and severity of COVID-19 (Mercola 2020 ; Wimalawansa, 2020). More than 50 clinical studies have published confirming that high doses of vitamin D administered early in persons with COVID-19 significantly reduce complications and the need for ICU admissions.

By Thalif Deen
In the contemporary world of journalism, female reporters face a double jeopardy: they are increasingly targeted both as journalists and as women-- particularly in repressive regimes and misogynistic societies.

By Jomo Kwame Sundaram
Have you ever heard of a workers’ strike or similar labour action for press freedom? And how long do you think it lasted? A day? A week? A month? And where and when do you think this happened? Workers strike for press freedom Six decades ago, in 1961, Said Zahari, the editor of the Malay language daily, Utusan Melayu, led a strike of journalists and other employees. The protracted strike, in both Malaysia and Singapore today, was for press freedom rather than employee welfare.

By Sania Farooqui
Every time a woman journalist receives threats of physical and sexual violence, cyber attacks and surveillence, doxxing, public humiliation, damage to her professional & personal credibility, the driving forces behind these intents are deeply rooted misogyny, sexism and abuse of power.

WORLD PRESS FREEDOM DAY: a reminder to governments of their commitment to press freedom. This year’s World Press Freedom Day theme: “Information as a Public Good.”

By Michael De Dora
When Myanmar’s military seized power from the elected government in February, one of its first actions was to further squeeze the already restricted free flow of information in the country. It obstructed news stations, temporarily shuttered phone and internet access, and blocked social media platforms.

By Laila Barhoum
We were able to keep the coronavirus at bay for five months in Gaza, the densely populated Palestinian strip of land surrounded by Israel that I call home. But the Coronavirus doesn’t respect walls or artificial borders. While preparations were made for the pandemic to inevitably breach a blockade so few Palestinians can, we waited for it to come for us. And it did.

By Raghbendra Jha
Edmund Burke called the press the fourth estate, the fourth pillar of democracy, with an oversight role on the remaining three pillars – the legislature, executive and the judiciary. In an ideal world, this fourth estate would have unimpeded access to the other three pillars so that the citizenry could be kept informed at all times. This freedom was conceived to be so sacrosanct that many countries have included it as a fundamental right, e.g., the US Constitution enshrined it as the very first amendment.

By Sibahle Zuma
Access to accurate information is vitally important during the pandemic, so that people can understand how to protect themselves and their families, and to hold their governments to account for their response to the health emergency.
Next Page »