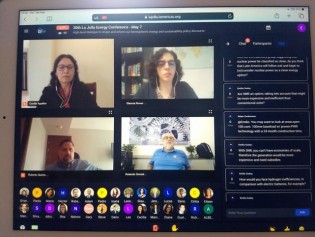 By Emilio Godoy
Several Latin American countries are stepping up the pace to generate hydrogen for various uses in transportation and industry, but they must first resolve several questions.

By Marta Jara
Crises, as the one we saw across the US and Mexico last week originated by Winter Storm Uri, provide ample material for reflection. This is particularly clear from a distant viewpoint and when benefitting from the fact of not being directly affected, as strong emotions and reactions that often bias our judgements are absent.

By Armida Salsiah Alisjahbana
The past year is one that few of us will forget. While the impacts of the COVID-19 pandemic have played out unevenly across Asia and the Pacific, the region has been spared many of the worst effects seen in other parts of the world. The pandemic has reminded us that a reliable and uninterrupted energy supply is critical to managing this crisis.

By Tristan Partridge
In December 2020, the “El Aromo” solar energy project was approved in coastal Manabí province, Ecuador. Operated by the Spanish company Solarpack, the project is expected to transform national solar output. El Aromo will occupy 2.9km2 of land that was previously cleared to build a multi-billion dollar oil refinery, plans that have since been abandoned.  While El Aromo holds symbolic significance, it remains uncertain whether the project will mark a significant step toward more environmentally sustainable energy development in Ecuador.

By Ma Tianjie
A government-backed coalition of international advisors to the Belt and Road Initiative (BRI) has recommended that China apply more stringent environmental controls over its overseas investments. If adopted, this would be a major departure from China’s usual approach of deferring to host country rules, many of them inadequate, for regulating its overseas investments.
Next Page »