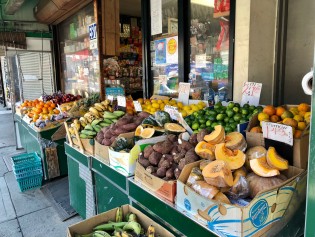 By Naomi Goodman
We should be well on the way to solving the climate crisis by now. According to the Paris Agreement, last year should have been the year that all countries presented their commitments to cut carbon emissions for limiting global climate heating to within 1.5oC of pre-industrial levels.

Why Water & Sanitation Systems are Vital for the Economy

By Catarina de Albuquerque
This World Water Day, we celebrate the value of water, which at first might be a given: after all, water is the basis of all life. Without water we have no health, wealth, equality, or education.

The Value of Water Goes Far Beyond its Stock Price

By Lyla Mehta and Alan Nicol*
In the midst of a global pandemic, when the presence of water in our lives has never seemed more important, its future availability has also never been more uncertain.

By Gillian Winkler
The global community is celebrating World Water Day 2021. In the COVID-19 pandemic era, the importance and value of water for all people has never been clearer. Access to safe water is essential for public health and thriving communities.

A Moral Failure: Billions of People with No Access to Clean Drinking Water

By Volkan Bozkir *
Water is integral to sustainable development, but we are well behind on the goals and targets that we have set ourselves.

By Jonathan Farr
For many, the last year will be remembered as the time our day-to-day lives screeched to a halt. As Covid-19 spread mercilessly across the world, wreaking havoc on health and livelihoods, world leaders, health experts and scientists grappled with how to protect populations and stem the tide of the virus.
Next Page »

As the world's population grows at a pace of some 76 million people per year, so do the challenges associated with it. Increased longevity in some regions, juxtaposed with the HIV/AIDS pandemic in others, refugee movements and economic migration all contribute to a changing world demographic in ways that require unique social and policy responses. In the Least Developed Countries (LDCs), the population is expected to triple by 2050, while the ever-increasing demand on the earth's finite natural resources makes it difficult for many to live even at subsistence levels. In this context, family planning and the promotion of sexual and reproductive health have never been more important to empowering women to lead the healthy and productive lives they desire and rendering local and regional population strategies effective.