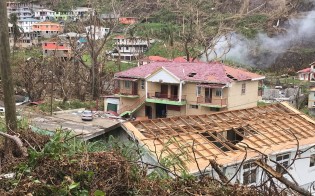 By Valentina Lares
While Western countries were busy with their own vaccination campaigns, Russia has filled the leadership vacuum in developing countries. Amid the West’s scramble for vaccines, a trickle of news flies under the radar. Argentina becomes the first country in South America to produce Russia’s Sputnik V vaccine. The first shipment of Sputnik V is promised to Peru by May.

By Andreas Bummel, Caroline Vernaillen and Mandeep Tiwana*
One of the most recently established international UN days is the day of multilateralism and diplomacy for peace. First observed on 24 April 2019 to promote UN values and to reaffirm the faith of people in the purposes and principles of the UN Charter, the relevance and the irony of this day is obvious.

By Saber Azam
Three recent developments bring about again the reasoning on the dire need to immediately reform the United Nations (UN) and avoid its predictable slide to redundancy.
Next Page »