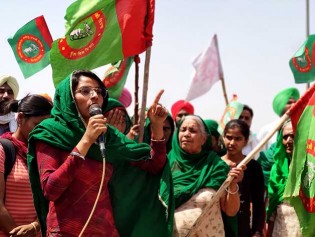 By Simona Marinescu
This year it will be 128 years since the right of women to vote was first recognized, with New Zealand becoming the first nation to allow the participation of women in its general election in 1893. From the suffragettes - to today’s feminists, both men and women have fought to increase women’s political participation and representation. It has been a slow, sometimes bitter and occasionally even dangerous struggle. Yet global progress remains slow and uneven – as it does in Samoa. As we approach the 2021 General Election on 9 April, it is important to remember that women’s full and effective participation in all areas of life drives progress for everyone.

By Maria Aoun
The fight for equality around the globe has taken a few steps forward in some countries which provides a glimmer of hope for future generations for increased female participation and representation. However, that particular fight is taking new shapes and forms in multiple corners of the world, where women are still persecuted, silenced, threatened, killed, harassed, and stripped off their basic human rights on a daily basis. The question today is, when will the world become a safer place for women and girls?

By Maria Jose Moreno Ruiz
To commemorate International Women’s Day, the United Nations has called for “Women in leadership: Achieving an equal future in a COVID-19 World,” as the day coincides with the dark week when WHO declared the virus a global pandemic.

International Women’s Day, 2021
Every Girl Has a Right to An Education

By Yasmine Sherif
Access to an inclusive quality education is a universal human right. When the inherent right to a good education is ignored or denied, the consequences are severe. For a girl in country of conflict or forced displacement, the impact is brutally multiplied.

By Haley Zaremba
In times of crisis, policymakers have a tendency to prioritize economic recovery while leaving “social issues” like women’s empowerment on the backburner. During the COVID-19 pandemic, however, women’s leadership is as essential to full and meaningful recovery as it is to basic human rights. As the world mobilizes to design and build a post-COVID landscape, women’s rights, interests and priorities must not only be included in international recovery agendas but pushed to the forefront. To achieve this, women themselves must not simply be included in the discussion, but equitably represented in leadership roles.

“A girl should be two things: Who and what she wants.” – Coco Chanel Women of the world want and deserve an equal future...a future that’s sustainable, peaceful, with equal rights and opportunities for all.

By Katja Iversen
Almost exactly a year ago today, I packed my computer and a couple of necessities in the office in New York, hugged the colleagues, and headed home to what most people thought would be a couple of week’s Covid-19 lockdown. Little did we know.

By Patricia Scotland
Among the greatest gifts with which I have been blessed were parents who instilled in me a deep-rooted sense of identity, and the unequivocal belief that there was no difference between what a boy and a girl could achieve. This assurance sustained me while growing up, as the tenth child out of twelve wonderful siblings, and through the numerous times when it was suggested by others that I would never succeed, simply because I was black, poor and female.

By Maria Victoria (Mavic) Cabrera Balleza
This year’s International Women’s Day theme is “Women in leadership: Achieving an equal future in a COVID-19 world.” The theme celebrates the tremendous efforts by women and girls around the world in shaping a more equal future, including an equitable recovery from the COVID-19 pandemic.

By Audrey Azoulay and Katrín Jakobsdóttir
International Women's Day pays tribute to the achievements of women worldwide and reminds us what still needs to be done for full gender equality. In 2021, we are taking stock of the many ways in which COVID-19 has disproportionately affected women and girls around the world.

By Warief Djajanto Basorie
In just over a day, on 9 December, Indonesia holds 270 simultaneous local elections for executive office. This involves nine of the republic’s 34 governors, 224 of 416 bupati (district chiefs) and 37 of 98 mayors. The polling was initially scheduled for 23 September but the independent KPU (General Elections Commission) put the date back to 9 December due to the Covid-19 pandemic.

By Ignatius Banda
“I have long given up on active politics,” Gertrude Sidambe, a 36-year-old member of one of Zimbabwe’s opposition parties, tells IPS. When female members of the ruling Zimbabwe African National Union – Patriotic Front complained last month about political violence as male members chose brawn over brains to solicit for positions, the party’s National Secretary for Women’s Affairs Mabel Chinomona advised that they enter the punch-and-insult battlefield and “fight” like everyone else.
Next Page »