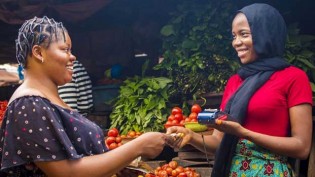 Myanmar and ASEAN: Time is not on the Side of Democracy

By Jan Servaes
For 10 days in November, the world's diplomatic attention will largely be focused on three major diplomatic meetings in Southeast Asia. These include the Group of 20 (G-20) Summit on November 15-16 in Bali, Indonesia, and the annual Asia-Pacific Economic Cooperation (APEC) Summit, which will be held November 18-19 in Bangkok, Thailand.

A New Political Reality in Myanmar: A People No Longer Willing to Accept Military Rule

By Noeleen Heyzer
The political, human rights and humanitarian crisis in Myanmar continues to take a catastrophic toll on the people, with serious regional implications.

Myanmar’s Crisis Since the Coup– in a Nutshell

By Jan Servaes
The update on September 26, 2022, of the human rights situation in Myanmar to the UN Human Rights Council says it all: “The people of Myanmar have been caught in a rapid downward spiral, with growing suffering, fear, and insecurity. Urgent action is needed to reverse this catastrophic situation and to restore peace, democracy, and sustainable development”.

By Alexander Kozul-Wright and Ruurd Brouwer
In the last week of September, emerging market (EM) bond fund outflows hit $4.2 billion, according to JP Morgan, bringing this year’s total to a record $70 billion. The exodus, set off by a rising U.S. dollar, is heaping pressure on low-income countries.

By Elena Seungeun Lee and Julie Hyunsung Lee
When Elena Seungeun Lee discovered the extent of education inequity, she decided to do something about it. She started a YouTube channel, We Learn to Share, to teach online what she learned at school. We Learn to Share has become a student-led global NGO dedicated to bridging educational gaps, with more than 50 teenage volunteers from 11 countries and 29 high schools, and three universities around the world. We Learn to Share is solely led and run by teenagers who have beautiful sharing minds. This video was produced by Elena and fellow student Hyunsung Julie Lee.

By Anisa Ismail and Tan Yen Lian
Economic recovery since the COVID-19 pandemic has been uneven amidst a cautious loosening of restrictions. But even at the height of the pandemic, it was business as usual for the tobacco industry.

By Andrew Firmin
The UN High Commissioner for Human Rights sits at the top of the UN’s human rights system. It’s a crucial role for the victims of violations and the many civil society activists who look to the UN system to set and apply human rights norms, monitor the human rights performance of states and hold rights violators to account.
Next Page »
ADVERTISEMENT ADVERTISEMENT