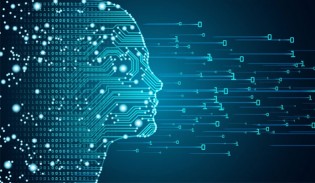 By Joseph Chamie
With world population approaching 8 billion humans, the demographic growth of nations is unfortunately largely ignored by governments whenever climate change is considered.

By Lina Taing and Rachel Kaiser
The overuse and misuse of antimicrobial medicines and chemicals has become the main driver of antimicrobial resistance (AMR) and drug-resistant infections that threaten human health and the global economy.

By Anis Chowdhury and Jomo Kwame Sundaram
The planet is already 1.1°C warmer than in pre-industrial times. July 2021 was the hottest month ever recorded in 142 years. Despite the pandemic slowdown, 2020 was the hottest year so far, ending the warmest decade (2011-2020) ever. Betrayal in Glasgow Summing up widespread views of the recently concluded Glasgow climate summit, former Irish President Mary Robinson observed, “People will see this as a historically shameful dereliction of duty,… nowhere near enough to avoid climate disaster”.

By Megan O'Donnell, Shelby Bourgault and Lotus McDougal
The COVID-19 pandemic has had devastating effects across the globe, but the data and evidence show that women have borne the brunt of the crisis. While inequalities in health, economic power, and other areas existed long before the pandemic began, the pandemic has widened these gaps.

By Baher Kamal
Kailash Satyarthi,  an Indian social reformer and co-recipient of the 2014 Nobel Peace Prize, along with Malala Yousafzai, spoke in a recent international forum about the devastating impacts of child labour.
Next Page »
ADVERTISEMENT ADVERTISEMENT