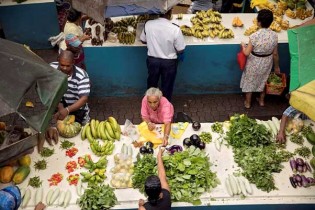 By Nick Nisbett, Lesli Hoey and Graziano da Silva
COVID-19 has exposed numerous fractures in global food systems that leave millions at risk of food insecurity. Like the numerous political failures in dealing with COVID, the repercussions of food system failings are experienced by rich and poor countries alike, with the poorest and most marginalised paying the greatest price.

By Adel Abdellatif
The 2021 high-level commemoration of the United Nations Day for South-South Cooperation, organized ahead of the opening of the seventy-sixth session of the United Nations General Assembly, provided an opportunity to discuss Southern solidarity in support of a more inclusive, resilient and sustainable future while effectively responding to the global COVID-19 crisis across the global South.
Next Page »
ADVERTISEMENT ADVERTISEMENT