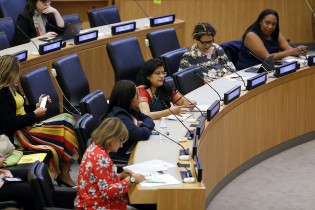 By Juliet Morrison
While the climate crisis affects virtually every aspect of life, its impacts are not felt equally.

By Rasha Al Saba
In the midst of what has been an incredibly turbulent period for Lebanon, the conclusion of elections last week ought to be hailed as a chance to focus on the future. This, the first election since the mass uprisings in 2019 against what was seen as a corrupt ruling elite, has shown some signs of the drive for change.
Next Page »
ADVERTISEMENT ADVERTISEMENT