TORONTO, Jul 30 2012 (IPS) - With accusations that Canadian resource companies and government officials are disregarding the need for indigenous consent in development projects, First Nations leaders have lashed out by approving a resolution calling for a moratorium on mining development in the so-called Ring of Fire until proper consultation begins. 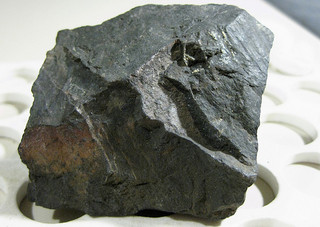 Private-sector estimates suggest the combined value of chromite and nickel in the north is approximately 60 billion dollars. Credit: Lazurite/CC BY 2.0

The Ring of Fire includes chromite, nickel, copper, platinum, zinc, gold and kimberlite deposits and is touted as the most promising mineral development opportunity in Ontario in nearly a century.

The resources are located 540 kilometres east of the city of Thunder Bay within the shared territories of a handful of Aboriginal communities around McFaulds Lake. The region is home to more than 100 bodies of water and four major rivers in the James Bay Lowlands in the northern part of the province.

“We haven’t had any meeting that is meaningful with the province,” Chris Moonias of the Neskantaga First Nation told 633 chiefs-in-assembly at the Assembly of First Nations annual conference from Jul. 17 to 19. “Right now, we’re being bullied by a mining company, a giant mining company and a desperate province.”

Canada supports the United Nations Declaration on the Rights of Indigenous Peoples, which highlights the international human rights norm of obtaining free, prior and informed consent of Aboriginal communities related to actions affecting their rights.

Although private-sector estimates suggest the combined value of chromite and nickel in the north is approximately 60 billion dollars, it is more difficult to gauge the significance of the other commodities still in earlier stages of exploration, said Christine Kaszycki, the assistant deputy minister with the Ring of Fire secretariat in the Ministry of Northern Development and Mines in Sudbury, Ontario.

Cliffs Natural Resources is the largest of several companies with mining claims linked to the metals bounty in northern Ontario, while other key players include Noront Resources and KWG Resources.

With such intense private-sector and government interest in the remote swath of land, not surprisingly some local residents feel excluded from the conversation.

At the heart of the Ring of Fire is the McIntyre River, a tributary of the Attiwapiskat River, where Neskantaga First Nation is based, said Moonias.

“We are the only community that is directly linked to the river system,” he noted, highlighting the band’s environmental concerns. First Nations in the north have repeatedly stressed the importance of conducting appropriate environmental assessments.

Neskantaga filed a petition with the Ontario Mining and Land Commissioner asking to be thoroughly consulted before a 340-kilometre road is built through its land to gain access to a proposed chromite mine in the Attawapiskat River watershed.

Cliffs recently announced a 3.3-billion-dollar investment including the chromite mine, transportation corridor and a processing facility in the vicinity.

This month, the Canadian Council of Chief Executives issued a report stating that Aboriginal people must be considered “true partners” in resource and energy projects since many of these assets, which can yield revenue-sharing agreements, equity interests, improved employment opportunities, training and service contracts with Aboriginal-owned businesses, are located near their communities.

The report notes that Aboriginal groups have “legitimate concerns” about major resource developments revolving around land claims, the environment and their traditional way of life.

Likewise, northern residents have expressed fears about other players stripping valuable resources from their territory and relegating them to a persistent crisis of substandard housing and education, poor access to health care and chronic unemployment.

Earlier in July, several northern communities concerned about the impact of the proposed mines and infrastructure development issued a 30-day eviction notice to all companies with exploration and development camps in the region. The communities threatened a peaceful blockade on the land preventing operations from taking place.

Not all bands, however, are determined to apply the brakes to mining development in the Ring of Fire until all indigenous groups are satisfied.

During the annual meeting of chiefs, a delegate from the Marten Falls First Nation opposed to a moratorium told the audience his community, based in a territory comprising most of the mining activity, has already spoken to both Cliffs and the province about establishing a framework to discuss all of the pertinent matters.

“We made clear that if, at the end of the day, we find out that what you’re going to do there is what you’re doing now in the Athabasca tar sands, which is an environmental-chemical soup, then we’ll decide if we want to evict you,” he said, referring to the controversial Alberta oil sands project.

The assembled chiefs’ endorsement of a mining freeze in the Ring of Fire will interfere with Marten Falls’ “internal issues”, charged the delegate.

“It’s my First Nations territory and we’ll decide what to do in the end,” he argued.

Segments of the Aboriginal population have different approaches to development, with most interested in the opportunities that it affords but some more cautious about choosing the appropriate strategies to improve their way of life, said Kaszycki of the Ministry of Northern Development and Mines.

In recent years, the government has shared information and identified ways for indigenous people to participate in the lucrative mining venture, she noted, adding that the province has sought to work principally on a community-by-community basis.

Recently, though, provincial officials introduced a series of efforts, some of which are tailored to individual communities while others are regional in nature. These include specific commitments to bring to the table indigenous groups to discuss how to meet a variety of goals.

On the environmental front, the aim is for Aboriginal chiefs to participate in decisions regarding “what kinds of studies are needed, how they get implemented, what are the long-term monitoring approaches that should be taken,” she said.

Additionally, the ministry has pledged to undertake regional infrastructure planning with First Nations based on their needs, such as local access roads and energy transmission, Kaszycki told IPS.

Other provincial mandates, she added, consist of offering social supports like health care, education and training, a range of economic development efforts, and resource revenue-sharing associated with mining development in the Ring of Fire.

Questioned whether Ontario fears a blockade of mining operations, Kaszycki responded that her ministry is committed to maintaining ongoing dialogue and reaching out to the resistant parties until outstanding issues are resolved.

At press time, with an eviction notice already issued to mining companies, Cliffs, Noront and KWG had not responded to media queries.

In May, however, Cliffs promised in a press statement that a final decision on the controversial project will depend on provincial and federal environmental assessment approvals, mutually acceptable agreements with affected First Nations communities, progress working with governments to address the lack of infrastructure in the Ring of Fire, and completion of commercial and technical feasibility studies.