Leonardo Padura is a Cuban writer, journalist and winner of the 2012 National Literature Award, whose novels have been translated into more than 15 languages. In this column, Padura writes that Cuba is entering a phase of transformation. The next five years will be a period of tremendous political and historical significance during which the country will have to grapple with tough questions: for instance, what kind of Cuba will the so-called "historic generation", now in their 80s after half a century at the helm of the island's government, leave to future leaders who will be groomed in these decisive years?

HAVANA, Feb 13 2013 (IPS) - Early this month, Cubans went to the polls to elect delegates nominated by municipal and provincial assemblies to the island’s parliament, the highest government body where citizens’ votes carry decisive weight. The turnout, as usual, was over 90 percent, and all the municipal candidates, as usual, were voted in. 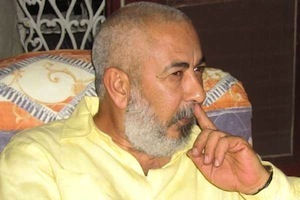 The people of Cuba voted as they have always done, as a matter of routine, says Padura. Credit: Leonardo Padura

The people of the island voted as they have always done, as a matter of routine, perhaps not realising the momentous changes these elections are ushering in.

On Feb. 24, at the first session of the new legislature, the 612 elected members of the National Assembly will elect from among their number the leaders who will constitutionally direct the country’s affairs for the next five years.

The most prominent news about the new legislature is the official confirmation that Ricardo Alarcón de Quesada will cease to serve as head of the National Assembly, a post he has held for the last 20 years.

But the prospect that is hardly talked about, yet which has implications of immense potential political and historical importance for Cuba, is that after the National Assembly has elected Raúl Castro as president of the Council of State (an outcome no one doubts), the countdown will begin: after 1,823 days, his term of office will end, as will the terms of at least five of the six current vice presidents, all of whom took office in February 2008 when it became evident that Fidel Castro would not be able to resume power and his brother was elected president of the Council of State.

It was Raúl Castro himself, during sessions of the Congress of the ruling Cuban Communist Party in 2011, who proposed that no political office should be exercised for more than two five-year terms – including his own, as president.

The proposal was approved by the party Congress, although it has not yet been incorporated into the constitution, which must also include reforms forged in the country’s new economic model that has been inspired, advocated and promoted by Raúl Castro.

This new situation — unprecedented in a country like Cuba, where political, state and government posts were exercised without limits for five decades – opens a scenario of expectations when it comes to the changes that will happen in the next five years, and what the future will look like in February 2018.

For over five years — first at a slow pace, with changes of vocabulary, and then with concrete economic and social measures for the short, medium and long term (like the migration reform that allows most Cubans to travel freely from January this year, after nearly 50 years of being unable to do so) — army general Raúl Castro has set in motion the machinery of Cuban socialist structures in search of what the country most needs: an institutional environment, financial control, higher productivity, economic efficiency, self-sufficiency in production of certain items, changes in employment policy and changes in property law, among others.

But these urgent matters lead irrevocably to other transformations that have been announced by President Castro himself, in a process that must develop to its fullest during the five-year term beginning Feb. 24 and, indeed, be reflected in the constitution, as it will be reflected in society and its actors.

What changes will take place within the Cuban model? Will there be deeper modifications to the economic structure of the country, which so far has only seen changes that, while significant, are not macroeconomically decisive, and have not been able to guarantee certain goals, such as food production?

What opportunities will there be for foreign investment, in a country that needs capital to renew its ageing infrastructure?

What other freedoms will be approved for citizens in coming years, after the key move of lifting travel restrictions? What kind of Cuba will the so-called “historic generation”, now in their 80s, after half a century at the helm of the island’s government, leave to future leaders who will be groomed and prepared in these decisive years? What economic, and even social, role may old and new emigrés have in the country?

Cuba is entering a phase of transformation, and the critical period for the resulting changes is the next five years: a long time in the life of a human being, but only a heartbeat in the timeline of history.