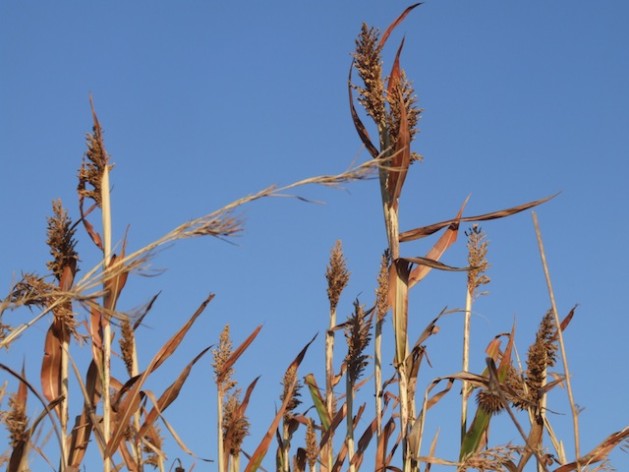 HARARE , Jul 23 2013 (IPS) - Moses Chiengerere is one of the Zimbabwe’s hundreds of thousands of smallholder maize farmers keeping this southern African nation’s granaries stocked with the grain.

“I make it a point that anything over 24 bags (about two tonnes) goes to the (government) Grain Marketing Board, so that I can get some cash. The prices are poor but the only advantage is that if you sell to them, you will get first preference to buy grain in the event of a drought,” he tells IPS, attributing his successful harvest to the use of cow dung as a compound fertiliser.

Small-scale farmers – who previously contributed slightly less than half of the 1.8 million tonnes of grain to the Grain Marketing Board’s national reserve annually – have been left to fill it almost entirely.

This is because Zimbabwe’s commercial farmers, most of whom are beneficiaries of the country’s controversial and violent land reform programme of 2000, are producing way below expectation, despite occupying the most productive land.

Under the programme more than 300,000 people forcefully occupied land previously owned and occupied by an estimated 4,000 white commercial farmers. They were also awarded the title deeds to the land.

But according to a report released in July by the Zimbabwe National Statistics Agency, titled “National Poverty Income Consumption and Expenditure Survey”, commercial farmers contributed a paltry 15,6 percent to the national reserve last year.

In 1994, commercial famers, who farm plots of land ranging from six to 20 hectares, contributed 2.1 million tonnes of maize to the national reserve.

While there are no official figures about the number of smallholder maize farmers here, the Zimbabwe Farmers’ Union (ZFU) estimates that there are six million smallholders farming on six hectares or less. Aside from maize, these smallholder farmers also harvest crops such as sorghum and millet.

Several reasons have been given by experts for the increased contribution by smallholder famers to the country’s grain reserves.

According to agricultural expert and executive director of the African Institute for Agrarian Studies, Professor Sam Moyo, it is a direct result of the commercialisation of grain production by smallholder farmers who previously only grew the crop for survival.

And it has resulted in commercial farmers concentrating on other cash crops that give higher returns, he tells IPS.

“Since they also eat the crop, they have very high incentive to grow it. They are now competing very well with commercial famers,” says Moyo, adding that smallholder farmers occupy 65 to 70 percent of the country’s agricultural land.

Ted Mandizha from Mashonaland West Province is one of those farmers who grows the crop for his family’s survival and then sells any excess. He tells IPS that he keeps aside about 1.5 tonnes of his maize harvest for his family’s consumption, but usually sells two tonnes of his annual maize crop to the Grain Marketing Board.

Despite the ever-shortening seasons of rainfall, he is able to produce a bountiful crop. Mandizha believes that the use of seed designed for short seasons offers him an advantage.

“It is matter of using short-season variety seed and also drought-resistant seed. They all contribute to a better yield in this day and age of climate change,” says Mandizha, who has been farming for more than 20 years.

Planting his crop earlier in the season also makes a difference, he says.

“One of the tricks in ensuring that you get a better yield is to plant your crops earlier. That’s what I do, so that by the time the rains come, your crop is already advanced and sometimes it will use the underground moisture to mature. It is different from the old days when we used to have some longer rainfall seasons,” he says.

But while smallholder farmers like Mandizha are receiving support and subsidies, Moyo points out that government policies are unsupportive of commercial famers and fail to help them adapt to the changing trends in agriculture.

Moyo gave the example of Zambia, where a 50-kg bag of fertiliser that would normally cost around 40 dollars is sold at a subsidised price of about 10 dollars. However, in Zimbabwe, the same bag of fertiliser is sold at the market price of between 35 and 50 dollars. Moyo says these high prices make grain production unviable, and hence commercial farmers are moving to other crops like tobacco and horticulture.

ZFU director Paul Zakaria tells IPS that the gap between commercial and communal output is due to the commercial farmers’ inability to practise large-scale agriculture without proper resources.

“If you want to irrigate, you should have a pump that is working, you should have power, either diesel or hydro-electricity, you should have the financial capacity to do that. We all know that most of the people that were resettled on commercial farms (do not have these resources),” Zakaria says.