WASHINGTON DC, Dec 18 2018 (IPS) - Oleksii Sobolev was a fund manager by day and a pro-democracy protester by night. After work, he would leave his office at Dragon Asset Management in Kiev to join the crowds camped out in Independence Square demanding the resignation of a president they viewed as corrupt. 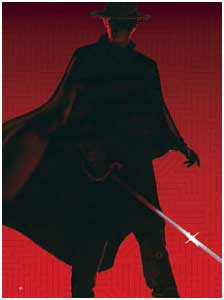 Sobolev handed out food and helped clean up the square. When police started firing at the so-called Maidan protesters, he brought tires that were burned to create a protective curtain of smoke.

“The saying was, ‘Fires save lives,’” Sobolev recalls.

Ukraine’s president ended up in exile, and Sobolev gave up managing money to take an unpaid advisory post helping to restructure state-owned enterprises. Four years later, he has put his business skills to work fighting corruption, a problem that continues to bedevil the eastern European country of 44 million people.

In its first 13 months, the system, ProZorro.Sale, handled $210 million, almost as much as the money raised from conventional privatization sales in the past five years, says Max Nefyodov, Ukraine’s first deputy economy minister. That’s a significant boost for the cash-strapped Ukrainian government.

Sobolev belongs to a new breed of idealistic young people who are using digital technologies to promote transparency and integrity. Just as smartphones and social media helped empower popular uprisings from Ukraine to Tunisia, 21st century technologies such as blockchain and big data offer powerful new weapons against corruption, a phenomenon that dates back at least as far as the first century BC, when Julius Caesar secured the office of Pontifex Maximus by greasing voters’ palms.

Corruption’s toll
Worldwide, bribery alone is estimated to cost as much as $2 trillion a year, about equal to the GDP of Italy and many times the $142 billion in global development aid. But corruption takes a much bigger toll, according to a 2016 IMF study “Corruption: Costs and Mitigating Strategies.” It discourages private investment, curbing economic growth.

Corrupt officials channel public funds to wasteful projects that generate bribes, depleting funds that could be spent on health, education, and other services that benefit the poor. And young people have little incentive to acquire new skills in societies where who they know is more important than what they know.

“Countries that are less corrupt have higher growth rates, have higher levels of GDP, and have higher levels on the Human Development Index of the United Nations,” which measures things like life expectancy and years of schooling, says Susan Rose-Ackerman, a Yale University law professor who studies the political economy of corruption.

That explains why international financial institutions, such as the IMF and World Bank, are helping governments fight corruption through improved transparency, accountability, and institution building.

The anti-corruption drive is providing opportunities for private technology companies like the Bitfury Group, which signed a contract with the Republic of Georgia to register land titles using blockchain technology. Blockchain serves simultaneously as a means of exchange—of money or information—and a database that automatically registers transactions.

Records are encrypted and stored across a network of computers, rather than in a central location, so they cannot be altered or stolen.

Some start-ups are offering their services to charitable organizations as well as governments. Among them is Dublin-based AID:Tech, which created a platform that ensures the integrity of charitable contributions and social welfare payments.

“I know a lot of people who would love to give money but don’t because they don’t know where it goes,” says AID:Tech’s CEO and cofounder, Joseph Thompson.

AID:Tech was inspired by a charity event in 2009. Thompson ran 152 miles across the Sahara Desert to raise money for children who needed reconstructive surgery. When he asked for evidence that the aid had been delivered to the intended recipients, the charity couldn’t provide it.

Thompson, who has master’s degrees in business, digital currencies, and computer science, set out to find a way to make sure that charitable donations don’t go astray. He found it in blockchain, also known as distributed ledger technology.

Originally developed to store and exchange Bitcoin, a cryptocurrency, it has since been adapted for a variety of uses.

“If you can get an end-beneficiary on the blockchain, that’s their bank account,” Thompson says. Donations go straight to the beneficiary, without intermediaries; the company provides the technology but doesn’t handle any money.

“There’s no more fraud, no more people claiming benefits for dead parents or brothers and sisters who have emigrated.”

The Irish Red Cross agreed to test Thompson’s solution with a program to distribute aid to Syrian refugees in Lebanon. Each recipient was given a small plastic card stamped with a QR code—a type of machine-readable optical label.

Money was deducted when the cards were scanned at supermarket checkout counters. Five hundred electronic vouchers worth $20 apiece were redeemed in Lebanon, and not a penny went astray.

“The results were fantastic,’’ says Daniel Curran, head of fundraising for the Irish Red Cross. Using a dashboard Thompson set up, he tracked spending by recipients in real time, gleaning valuable insights into their needs. (He was surprised to learn that refugees bound for resettlement in Ireland bought dental products rather than winter clothes.)

The technology also allows charities to appeal to a younger class of smartphone-wielding donors, and it reduces their reliance on expensive direct-marketing campaigns. That means more money will flow to the people who need it.

“This is a cheaper, more transparent, faster, and efficient way of not just obtaining the donation, but actually getting the donation to the beneficiary in the end,” Curran says.

Doing well by doing good
AID:Tech is expanding rapidly, with contracts to provide software for the delivery of remittances to Serbia, social welfare payments in Jordan, and aid to homeless women in Ireland. It is raising between $3 million and $5 million from investors and plans to open offices in Singapore and Dubai. The goal is to have at least 100,000 people on the platform by June.

Thompson doesn’t hesitate to say he aims to do well by doing good. “We are a for-profit, but we’re using technology to solve some of the world’s biggest problems,’’ he says. The platform, he says, can be used by governments and social welfare agencies around the globe, with a potential customer base in the billions.

Another promising use for blockchain: secure digital storage of documents.

“Blockchain is so powerful because it gives us something we didn’t have in the digital world,” says Gonzalo Blousson, cofounder and CEO of Signatura, a platform that can be used to sign and notarize documents among multiple people. “Digital information is easy to modify. Blockchain gives us immutability.”

Blousson is working with Argentina’s second-largest city, Córdoba, which recently passed a law requiring public officials to file financial disclosure forms. Blockchain ensures that the forms are both visible to the public and cannot be altered.

Blousson and his team also used the technology to build a procurement platform, called Teneris, which companies and governments can use to solicit bids from suppliers of goods and services, a process that is often rife with opportunities for bribery and bid rigging.

Still, blockchain has its limitations, says Beth Noveck, a New York University (NYU) professor who specializes in the use of technology to bring transparency to government. Corruption also occurs after bids are awarded—when a building contractor uses shoddy materials to cut corners, for example.

That’s where big data offers a promising investigatory tool, Noveck says. The technology makes it possible to aggregate data on government spending and contracting and to analyze it for signs of waste, fraud, and corruption. As Noveck puts it, “You can spot the patterns of whose brother-in-law got too many contracts.”

Mobilizing citizen involvement also makes a difference, says Noveck, a lawyer by training who heads NYU’s Governance Lab. People like Diego Mendiburu are doing just that. A former journalist and technology buff, he put together a team of programmers to develop a mobile app that allows Mexicans to report substandard public services.

Users with smartphones can capture and share short videos of potholes that go unfilled or trees that are cut down illegally as a way of shaming public officials and pressuring them to act.

The app, Supercivicos, uses GPS technology to pinpoint the date and location of the videos, then builds a database of reports that can be used by civic groups and government agencies to identify problem services and find solutions.

Mendiburu wants users to become engaged citizen-journalists. “It’s not only about pointing out what’s wrong, it’s about telling stories,” he says. “We believe that this project can be exported to other countries in Latin America.”

In Ukraine, there are similar ambitions for ProZorro.Sale (the name combines the Ukrainian word for transparency with Zorro, the fictional Mexican who defended the poor against corrupt officials). As of December, Transparency International Ukraine was in talks with the European Bank for Reconstruction and Development to adapt the system for use elsewhere in Europe.

Of course, digital technology, while effective, can be stymied by governments, whose support is needed in the fight against official corruption. Late last year, the IMF and World Bank criticized Ukraine for undermining its recently established National Anti-Corruption Bureau and for failing to make good on promises to create an independent anti-corruption court.