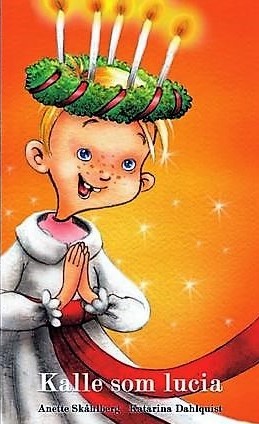 STOCKHOLM / ROME, Feb 4 2019 (IPS) - Is there a connection between sex education, gender equality and promiscuity? On this website, Fabiana Fraysinnet recently denounced a Brazilian crusade against sex education conducted by conservative and religious sectors. Such initiatives are common in several other countries, where politicians and religious leaders accuse sexual education of blurring boundaries between male and female and thus foment homosexuality and transsexualism, as well as a moral relativism undermining family structures and adherence to religious guidance and dogma.

An opposite position is reflected by the personal motto of the Norwegian-Swedish journalist and socialist agitator Elise Ottosen-Jensen, who in 1933, together with a number of radical medical doctors founded the Swedish Association for Sexualiity Education (RFSU):

I dream of the day when every new born child is welcome, when men and women are equal, and when sexuality is an expression of intimacy, joy and tenderness.

Through her work as a journalist Elise Ottosen-Jensen had gained insights into the everyday life of working-class women. Scarce resources, hard work and domestic violence were common problems. Her conviction that the many unwanted pregnancies were a problem for several families and also a threat to women´s health and well-being turned her into an outspoken promotor of contraceptives and an agitator against the so-called sex laws, which prohibited use of contraceptives and penalized homosexuality. Until 1938 Swedish laws forbade the use of, information about, as well as distribution and marketing of contraceptives and it was not until 1944 that homosexuality was decriminalized. In 1955, sexual education was made compulsory in Swedish schools.

While I studied pedagogy in the 1970s the Brazilian educator and philosopher Paulo Freire´s Pedagogy of the Oppressed was obligatory reading for all future Swedish teachers. Freire stated that pupils simply memorized “facts” transmitted by their teachers, maintaining that all education instead ought to problematize what appears to be simple truths and provoke students to “self-determination”. I was taught that the Swedish school was supposed to support the ”development of critically thinking individuals,” able to dispute generally accepted dogmas and opinions.

Sexual education was part of that agenda and connected to gender equality. It was emphasized that all over the world girls and women are facing social, economic and cultural barriers impeding their education and livelihoods and that even more lack comprehensive sexuality education, which serves as a tool for women to take control of their bodies, to plan their future and avoid unintended pregnancy, child-, early- and forced marriages.

Some educators soon developed Freire´s theories into something they labelled as “anti-oppressive education”, i.e. a commitment to empower youngsters from minority groups by making them question norms that determine people’s perceptions of what is “normal”. Such views have increasingly come to influence the current Swedish debate about the rights of people who identify themselves as LGBTQ (lesbian, gay, bisexual, transgender and queer).

Swedish radicals have recommended that children are given “gender neutral names”, while children´s books address norm changing themes, for example Kalle som Lucia, “Kalle as Lucia”. This particular story is about a boy who wants to be Lucia. In all Swedish schools winter solstice is celebrated by processions headed by a beautiful girl chosen by the pupils to be Lucia, Bringer of Light. While connecting traditional gender roles to normative change, books like Kalle as Lucia are supposed to teach kids that it is OK to be different.

Another Swedish norm changing initiative has been the replacement of the Swedish words for she and he with the neutral hen (from the Finnish gender neutral hän). Such efforts have been criticized as “ridiculous”, or even worse – as a Government supported scheme to blur the difference between the sexes, described as an integrated part of efforts to secure gender equality, which in reality is an entirely different endeavour. Gender equality aims at fomenting equal access to resources and opportunities for people of different sex, it does not at all seek to abolish biologically conditioned differences between women and men.

People who use bio-determinism as an argument against gender equality, claiming that promoting equal rights for women and men is a violation of religious and natural laws, ignore the fact people are able to change. John Stuart Mill, the 19th century economist and promoter of women’s emancipation, emphasized the dangers of bio-determinism:

We have over time developed social patterns that resist aggression and selfish behaviour. While living close together, humans have used their superior brains to comprehend how violence and excessive dominant behaviour are intrinsically bad for the survival of our specie. Humans are able to change their habitats, instead of exclusively adapting to them, something that is due to the fact that human beings are genetically programmed to make use of reason, culture and free will, an endeavour supported by education aimed at promoting openness, mutual support and compassion.

Ignorance about reproductive health is currently threatening to increase rates of teen pregnancy, communicable diseases, misogyny and abuse of girls and adolescents. Attacking gender equality and sex education in the guise of opposition to norm criticism may prove to be harmful to the entire society and not the least the wellbeing of women, whose health is threatened by the bigotry of religious leaders, harmful traditions and prejudiced politics.

Some years ago, I visited Andean communities, interviewing women about their life situation. I had previously found that as a foreign man one of the best ways of approaching reticent women in rural settings had been to do so in the company of a local midwife. What worried me during my encounters with Andean women was their often poor state of health and I assumed it was the midwife´s presence that made them reveal their pains.

Several suffered from vaginal prolapse and other conditions affecting the female reproductive system. Ailments caused by congenital malformations, or difficulties during pregnancies that came too early in life and often had been far too frequent. Women´s suffering could also have been a consequence of difficult deliveries, poor hygiene, deficient preventive healthcare, hard work, badly treated infections and venereal diseases. Disease affecting productive organs were generally suffered in silence, considered to be shameful since everything connected with female bodies was burdened by prejudices, chauvinism and religious narrow-mindedness. My meeting with these women made me realize that gender equality is not only an issue of equity between men and women, but physical differences between males and females have to be addressed as well.

We are able to change our destiny for the better by liberating ourselves from shackles of intolerance supported by murky traditions and misinterpreted biological determinism. This is one reason to why gender equality, and not the least – unrestricted access to healthcare and sex education for both women and men, benefit the entire mankind. Fear of male power loss and an assumed spread of homosexuality cannot be allowed to forbid sex education and become an obstacle to women´s health and wellbeing.