Leyla Acaroglu is an Australian designer, sustainability innovator, and educator. She is the founder of two design agencies, Disrupt Design and Eco Innovators. 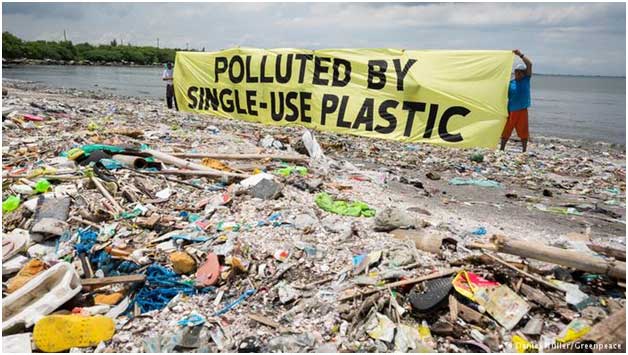 MELBOURNE, Mar 11 2019 (IPS) - Not too long ago, the term “zero waste” was just one of those boring policy directives or catchphrases thrown around by governments.

But in the last few years, ‘going zero waste’ has taken on a new direction as a lifestyle trend of the insta-famous, who are helping to make zero waste a movement that anyone can get involved in.

A “zero-waste lifestyler” is someone who actively reduces their waste consumption, designing their life to avoid acquiring things that will end up as trash – especially disposable and non-recyclable products and packaging.

They usually plan meals in advance to avoid convenience packaging and ensure they always have a reusable water bottle, coffee cup, straw, and carry bags on hand to actively refuse disposable items.

Actually, a life without waste is nothing new: pre-planning meals and taking your own containers, composting organic waste, proactively purchasing reusable products, and even making essentials like soap and toothpaste at home were a normal part of life before the onset of hyper-convenience encouraged the kind of runaway disposability we have now.

Many of the heroes of the zero waste lifestyle movement have incredible stories to tell of only producing one small jar of actual ‘trash’ a year, all through active lifestyle design and adopting everyday lifestyle changes.

In addition to individuals who take measures at home against waste, larger organizations are getting on board with the lifestyle: dedicated zero waste stores and even entire shopping centers have sprung up in major cities around the globe to accommodate the growing trend of plastic-free, package-free, and zero waste consumption.

Major multinational companies have started to embrace the global trend towards sustainability as well. We are seeing leaders in circular economy emerge in some sectors, such as apparel, consumer goods and furniture.

Loop; a circular delivery service, which is set to launch this year with major brand partners, caters to the growing demand for products and services with a zero-waste philosophy.

Ikea recently announced that they would be 100% circular by 2030, and Lego is working on a plastic-free brick.

But walk down the aisles in any supermarket around the world, and it’s obvious that the vast majority of product providers have yet to catch on to this massive cultural shift.

The last eighteen months have proven particularly important for awareness and action: China stopped taking the world’s plastic trash, which sent ripple effects around the world and effectively broke the recycling industry.

Along with the waves of plastic trash washing up on tourist beaches around the world, China’s bold move has helped bring the destructive nature of hyper-consumption to the forefront of people’s minds, and shown that we can’t recycle our way out of our global trash problems.

One of the big issues that the zero waste movement highlights is that recycling is a flawed solution, one which only works effectively when the flow of used materials is captured and reused in similar or higher value products.

This is often not the case, though, and despite two solid decades of zero waste policies, we are still seeing a global increase in trash generation. The World Bank estimates that at the current rate of increase, we will see 70% increase in waste generation by 2050. This is all by design. Waste, whether it be in trash or recycling, is a design flaw.

At the Fourth UN Environment Assembly in Nairobi, Kenya March 11-15, the world will gather to discuss the future of global consumption. From government leaders to industry leaders and from activists to innovators – all will be discussing the next phase of sustainable consumption and production.

At the same time, UN Environment is urging people to take a closer look at their own consumption patterns and “think beyond, live within”, through their #solvedifferent campaign. It is a testimony to the momentum of the zero-waste movement and the positive change on the horizon.

In an initiative together with UN Environment, I have been working to develop an “Anatomy of Actions”, showcasing the lifestyle swaps that anyone, anywhere can take to support a more sustainable life.

From the food we eat to what we spend our money on, and from the way we move around to the dreams and aspirations we all have for a better future – there is a suite of actions you can take to support the cultural shifts needed to achieve the sustainable development goals.

Change takes time and is often hard to see whilst we are in the middle of it. But after years of people pushing in all sorts of directions, we are seeing a global tidal wave of action emerge.

The momentum is contagious, and it’s never too late to join the movement. In fact there are five simple actions you can start with today: Swap out meat for plant-based proteins; Ditch everyday disposables such as cups, plates, bags, and take-out containers; Invest in repairable and long-lasting stuff (and make sure to repair it when it needs to be fixed!); Opt for low-carbon mobility options like biking, mass transit, or ridesharing; and move money from high-impact industries to renewables through swapping energy providers, banks, and investment portfolios.

There are many challenges ahead of us when it comes to sustainability, and major corporations are still far behind in the trend of adopting the changes needed to adapt to a circular economy.

But the progress is real, underway and transformative. The question is not if, but when we will see the tipping point where we, as a collective species, start to design goods and services to be a positive influence on the planet.