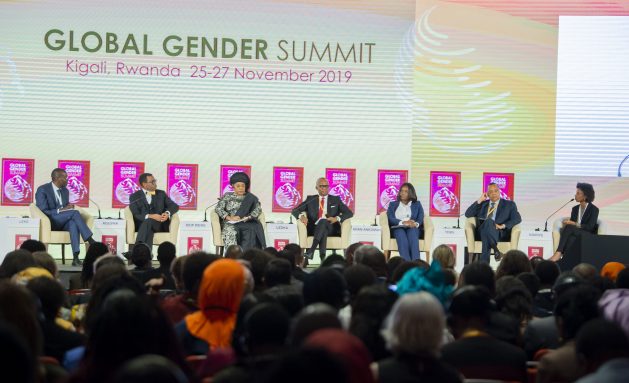 The Global Gender Summit, hosted by the African Development Bank (AfDB), and which is currently taking place from Nov. 25 to 27 in Rwanda’s capital, Kigali. Credit: Plasir Muzogeye/IPS

KIGALI, Nov 26 2019 (IPS) - When Rwandan-born, Senegalese-raised entrepreneur and businesswoman Kristine Ngiriye was 18 she had a brilliant idea that she wanted to translate into a business. But when she went to her local bank for a loan they told her to rather get married, because “ a woman must be married instead of venturing into business”, Ngiriye tells IPS.

Even though this happened more than two decades ago, women in Africa are clearly oftentimes discriminated against when it comes to accessing investment and capital.

The issue was one of the main talking points at the Global Gender Summit, hosted by the African Development Bank (AfDB), and which is taking place from Nov. 25 to 27 in Rwanda’s capital, Kigali.

Attended by some 300 business women, policy makers and political leaders,  including Ethiopia’s President Sahle-Work Zewde — the only female president on the continent — attendees learnt that while African women contribute towards not only bettering their lives, but those of their families, some 70 percent where excluded financially. And in instances where women saved and offered capital for a loan, many where rejected or in the rare cases where they were given credit, it was considered “high risk”.

AfDB president Dr. Akinwumi Adesina reminded participants present at discussion panel titled, “Unpacking constraints to gender equality”, that policymakers and even bankers had to be accountable to women.

“Let’s be smart and let’s be wise: women are the best investments any society can make. When they earn, they spend 90 percent of their income on their households, including [on] their husbands,” Adesina said. 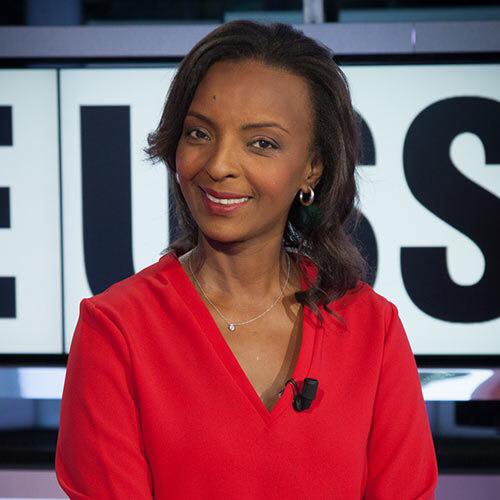 Kristine Ngiriye was 18 she had a brilliant idea that she wanted to translate into a business. But she was told by bankers to get married instead. Now the CEO of a consulting boutique that offers specialised services to governments and businesses and founder of Entreprenarium, an accelerator for African women in business she has made huge impact in business across the continent. Courtesy: Entreprenarium

Ngiriye is a case in point. Her mother had stepped in to be her guarantee and eventually her business journey led her to founding Entreprenarium in 2014.

“My business is here today, after a woman, my mother, committed to be my guarantee. With all the support I got along the journey I decided to help other women entrepreneurs to build their enterprises and help them grow,” Ngiriye told IPS.

Ngiriye’s lists of accolades are long and her impact far-reaching.

On the Entreprenarium’s Facebook page they describe themselves as “the first pan-African philanthropic accelerator that helps entrepreneurs start and sustain innovative businesses to drive Africa’s prosperity”.

Since the accelerator was founded, some 2,000 entrepreneurs have been trained across Africa — Entreprenarium has offices in Libreville, Kigali, Dakar, Abidjan and Brussels — with $2.1 million invested towards technical assistance and the funding of 52 projects.

In addition, Le Salon des Entrepreneurs de Guinée reports that Ngiriye is CEO of KN & Partners, a consulting boutique that offers specialised services to governments and businesses, which include political marketing and international business development.

But Ngiriye still believes that while businesswomen have come a long way since when she first started out, men’s perceptions about a woman’s ability to achieve their dreams have not changed at all.

“What [is currently] happening to these women is exactly what we lived through, which is lack of access to finance and technical assistance. I can say that after these past 27 years nothing has changed. Maybe they are a little bit lucky than I was to have a continent full of possibilities,” she said.

What a first day of the #2019GGS here in #Kigali. Impactful conversations with Dr. @akin_adesina, President of @AfDB_Group, and our Founder, @kristingiriye, about the state of women’s access to finance in Africa and the solutions to reduce the financing gap for women entreprises. pic.twitter.com/orLd4ck1Oo

In a bid to change the status quo in the women and financing, AfDB launched the Affirmative Finance Action for Women in Africa (AFAWA) in 2016 in Zambia, with the aim to mobilise $3 billion of new lending by banks and financial institutions for women in Africa. G7 leaders also approved a package totalling $251 million in support of AFAWA during the summit this August.

Kennedy Uzoka, the Group Managing Director for United Bank of Africa (UBA Group) echoed Adesina’s remarks, telling IPS that women should not be held back because they do not own property.

“Access to finance is a problem for everybody, but it is worse for women. Commercial banking in most jurisdictions want collateral and so right from the beginning, women are disadvantaged because they have no assets,” Uzoka said.

Josephine Anan-Ankomah, the Group Executive of Commercial Bank, which is part of the Ecobank Group, believes that technology can help bridge the financial divide between men and women.

“We need to innovate and lend the woman against the cash flow that they are bringing and we must prepare to structure their facility such that it doesn’t have a fixed tenant base on what they earn,” she told IPS.

Rwanda’s First Lady Jeannette Kagame has championed for the country to be gender mindful. She told participants that women being disadvantaged must be a thing of the past, adding that policy makers must be deliberate in placing women and girls, at the heart of transformative strategies and decisions.

“It calls for each of us to play our role: Women and girls – we must organise and be each other’s keepers. Youth – you must be proactive in taking your life in your own hands and calling out inequality wherever it is perceived. You have what it takes to thrive, in this fast-changing world,” she said.

Kagame further called on partners and stakeholders  to be innovative and relentless in their commitments to invest in women and girls and to level the playing field for all.

During the summit, participants joined the rest of the world to honour the 16 Days of Activism against Gender-Based Violence. The 16 days kicks off on Nov. 25 each year, which marks International Day for the Elimination of Violence against Women and runs until December 10th.

Ethiopia’s President Zewde said that there would be no progress on the continent if girls were left behind.

“It’s time to move from rhetoric to action, from words to deeds. We have to have the humility to go back down the ladder to make a difference,” she said.

** Writing with Nalisha Adams in Johannesburg