The UN says young women remain particularly underrepresented in politics and disproportionately excluded from consultation on issues that affect them such as climate change. This IPS International Women’s Day article features 2 young Saint Lucian women; one in her first year as a senator and the other, a champion for sustainable living and environmental protection

The theme for International Women’s Day 2021 is Women in Leadership: Achieving an Equal Future in the COVID-19 World. A new United Nations report says progress towards gender parity in public life and decision-making has been too slow. The report encourages countries to remove the barriers that prevent women from entering public life, to help tackle the COVID-19 and climate change crises. Credit: UN Women/Yihui Yuan.

It is being observed against the devastating health, social and economic impacts of the pandemic. As vaccination campaigns bring hope for recovery, United Nations Women says that shift must include women ‘at every table where decisions are being made.’

“Women’s full and effective participation and leadership in all areas of life drives progress for everyone. Yet, women are still underrepresented in public life and decision-making,” the agency said.

According to the most recent UN Economic and Social Council’s Commission on the Status of Women, progress towards gender parity in public life and decision-making has been too slow. The report encourages countries to remove the barriers that prevent women from entering public life, to help tackle the COVID-19 and climate change crises.

It also calls for urgent action to facilitate women in the ‘political pipeline,’ noting that young women are particularly underrepresented in politics. IPS spoke to Lisa Jawahir, a young communications professional who was appointed by the Saint Lucia Labour Party to the Senate in August 2020, about her experience, goals and vision for women in politics.

“The reality is that in Saint Lucia, young women in leadership, particularly political positions are very rare. While we had a young woman run for political office at the age of 21 in 1997, since then, there hasn’t been a bold step by administrations to have young women serve at the highest order of the land. For me, at the age of 31, being appointed as the youngest Parliamentarian in the House of Assembly means that women and young girls can believe again that anything is possible,” Jawahir told IPS. 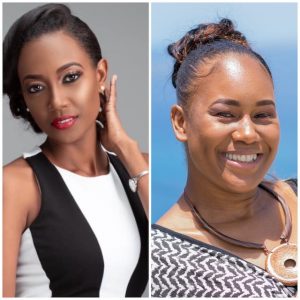 UN Women says while women have been influential in political decision-making, they often face push-back, both online and offline. It is something that Jawahir says she has experienced.

“I once participated in a political forum, representing young women interested in politics.  In an interview with a print journalist, I shared my desire to run for political office and the article made the cover page. While this felt like a remarkable step in the right direction, a few days later, I lost my biggest client who shared concerns that I was now politically affiliated.

“Unfortunately, in my country, victimisation based on political affiliation is rampant, especially for women. It’s become a challenge to operate my small business, but I’m driven by the desire that one day I will be in a position on the governing side, to ensure that no young person, woman or vulnerable group will be unjustly treated due to their political interests,” she told IPS.

Voices like Jawahir’s, according to UN Women, must be multiplied and amplified. As the world pivots to pandemic recovery, the agency says women and girls will be key leaders and change agents, particularly in areas like climate change mitigation and adaptation.

Saint Lucia’s Snaliah Mahal is a recognised personality in sustainable living, environmental protection and climate change education. As an undergraduate student in Mexico, she interned with the UN Information Centre and volunteered in relief efforts post-flooding in Mexico and following the 2010 earthquake in Haiti. She completed a post-graduate degree in Climate Change and International Development and volunteers with the Caribbean Youth Environment Network. She also runs 7K’s, a small business that produces zero waste and eco-friendly home and personal care products.

“I believe that citizens from Small Island Developing States, because of their inherent disadvantages and vulnerabilities, must do whatever they can to ensure that our voices are heard not only internationally which sometimes is the focus, but locally and regionally and be part of the discourse no matter how small you may consider your contribution,’ she told IPS.

Mahal’s contribution is part of what UN Women describes as the critical role that women play in climate action and natural resources management. The agency says in many countries, women also serve as energy managers in the home. As entrepreneurs, they continue to offer innovative solutions to climate change impacts.

Mahal says women and girls who want to be part of the movement for a more sustainable future can start small; wherever they are, with whatever resources are available.

“Find a cause that you believe in and focus on it. It does not have to be something big. It can be as simple as deciding to share your knowledge with friends and family, or something a little more challenging such as starting a backyard garden or a compost heap. These are important first steps,” she said.

This International Women’s Day, an important message by UN Women is that ‘when women lead, we see positive results.’ As women lead campaigns for social justice, environmental justice and a sustainable future and as they seek to amplify their voices, the agency is calling for countries to make space for women and encourage their participation in public life, private sector leadership and parliaments.

As the world focuses on building back better, the role of women as caregivers, lawmakers, community organisers and innovators is being celebrated – even as calls for increased representation in decision-making continue. Mahal and Jawahir say women and girls can continue to make positive change in their communities.

“You can join an organisation that advocates climate change and other environmental issues and implements projects. Most importantly, individuals especially women already in the field, who have the knowledge and skills should not hesitate to share their experiences with other women and girls, to ensure that there is continuity in action,” Mahal says.

Jawahir’s message to young women is “if you were to remember anything after reading this article, remember that there is absolutely nothing stopping you from reaching your goals whether you decide to enter politics or become an entrepreneur. Not your age, not your gender. You decide what it is that you want. Stay focused, and go after it.”