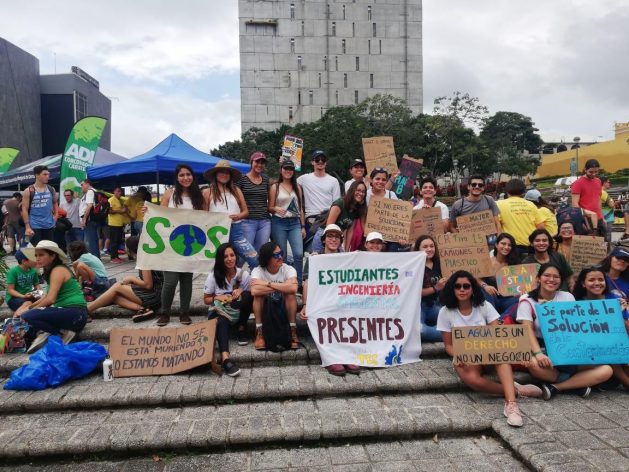 NDCs, or Nationally Determined Contributions, refer to governments’ commitments to reduce greenhouse gas emissions, an integral part of the Paris Climate Agreement. NDCs are scheduled for revision every five years and are expected to be increasingly ambitious to tackle the climate crisis effectively.

Countries and the NDC Partnership want to ensure that, as agents of implementation, young people have platforms for engagement and a say in national climate action.

The Partnership recently brought youth together in 3 regional groupings: Africa, the Middle East, and Europe, Asia and the Pacific, and Latin America and the Caribbean. The young people engaged with representatives of partners such as the Food and Agriculture Organization (FAO) and the United Nations Children’s Emergency Fund (UNICEF) through sessions like ‘agriculture and climate change,’ and ‘equipping young people to engage in the NDC process.’ 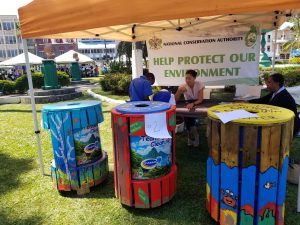 The participants say the teaching element was bolstered by the opportunity to be heard, as the organizers asked for their input in areas that include NDC enhancement, structures needed to strengthen youth involvement, and ways young people are already impacting climate action.

For youth like Natalia Gómez Solano of Costa Rica, the forum provided a space to share experiences and ideas.

“Working for a more resilient and a more just, low-emissions world moves us, and that is why we are here today,” she told the virtual event.

“We are already experiencing the impacts of climate change, and they are worsening. We need increased adaptation and mitigation action, and the NDCs are the key instruments to achieve that. The NDCs are the roadmaps for climate ambition in which young people are key in bringing new climate solutions to the conversations and to raise action.”

Jamaica’s Permanent Secretary in the Ministry of Housing, Urban Renewal, Environment, and Climate Change, Dr Alwin Hales, told the Latin America and Caribbean forum that the virtual event and Youth Engagement Plan hope to leverage the ‘leadership and power’ of youth into NDC implementation and enhancement.

“Today’s children and young people are caught in the center of climate change, for it is they who have to live with and manage its consequences,” he said.

“The NDC Partnership launched the Youth Engagement Plan (YEP). It aims is to build young people’s capacity on climate change matters and engage the youth in global NDC partnership activities. This is in direct support of our mission to increase alignment, coordination, and access to resources to link needs with solutions.”

The forum was proposed by the NDC Partnership’s Youth Task Force but is a priority of the NDC Partnership’s Steering Committee and Co-Chairs, Jamaican Minister of Housing, Urban Renewal, Environment, and Climate Change Pearnel Charles Jr. and U.K. Minister Alok Sharma, who also serves as President of COP 26.

Noting that young people are vital to effective action on climate change, NDC Partnership Global Director Pablo Vieira Samper reminded them that their input also ensures that action is inclusive.

“We want to hear about what capacity or technical support is still needed and what learning you are eager to share with your peers,” he said.

“The Youth Engagement Plan was the starting point for greater action for youth engagement in NDCs. Today the NDC Partnership is thrilled to be turning this plan into concrete steps for more meaningful engagement and bringing new ideas to this framework to inspire action. We look forward to your insights as we collaborate across the Partnership to build a low carbon, climate-resilient future by supporting sustainable development.”

The youth attending the forum have described it as an important platform for highlighting the challenges faced by young climate activists.

“It is important to increase climate finance to support projects that are led by children and youth and integrate a rights-focused education curriculum in schools and universities,” said Xiomara Acevedo, the Founder and Chief Executive of Barranquilla+20, an NGO run by young people who empower their peers to tackle issues of biodiversity, sustainability, policy inclusion, and climate change.

Acevedo’s NGO has reached over 2,000 young people. She says it is clear that youth have a unique role to play in climate activism.

“We have seen that involving young people at the local and subnational level has also helped to ensure that a lot of citizens are seeing that climate action is not something beyond their territories, or is not only a topic that is managed at the national level. They can relate our message to their narrative, to their realities. We engage climate action as an important topic in the local agendas,” she said.

According to UNICEF, including youth in climate change action is important to achieving Sustainable Development Goals 13,2 which urges urgent action to combat climate change and its impacts; 16,3 which calls for the promotion of peaceful, inclusive societies for sustainable development and 17,4 with its target of assistance to developing countries in attaining debt sustainability.

The United Nations Framework Convention on Climate Change (UNFCCC) released its NDCs scorecard in February. It applauded countries for strengthening their commitments to the Paris Agreement but encouraged them to further step up their mitigation pledges, adding that greenhouse gas emissions targets were falling ‘far short’ of what is required to achieve the Agreement’s goals.

Young people like Natalia Gómez Solano say as custodians of the planet, youth must be mobilized, and their voices amplified to arrive at the deep emissions reductions needed in the NDCs.

“We need to integrate more voices and reach more places. As the Latin America and Caribbean Region, we need to keep working, keep asking, keep demanding, and doing more. Not all youth know how to be involved in climate action, and we need to work with more young people, for example, in the rural areas,” she said.

The delegates at the NDC Partnership’s inaugural Youth Engagement Forum say they are hoping for more opportunities at the table.

They say it takes persistence, organization, time, and passion to achieve climate goals. It also takes an empowered, well-connected, and financed global network of youth.