STOCKHOLM / ROME, Nov 26 2021 (IPS) - While COVID 19 is keeping the world and news media in its constant grip and national politics often come to the forefront, it might be easy to forget urgent and nevertheless related matters. One is how global education has suffered and how children and youngsters have been forced to cope with a different reality. This aspect like so many other of human existence is gendered and while addressing education it is relevant to talk about changing gender roles as well. 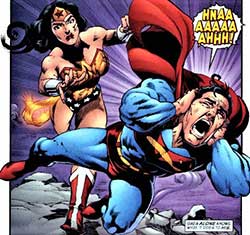 The global plight of girls and young women has for several years been rightly emphasized. However, this focus may overshadow a phenomenon that increasingly is occurring in both developed and developing countries – boys are increasingly dropping out from schools, while young men to a higher degree than young women are not attracted by higher education. A recent article in the magazine The Atlantic pointed out that US colleges and universities currently enroll six women for every four men, a gender gap that is getting wider with every year.

The phenomenon is far from unique to USA. All over the world, more women than men are currently entering tertiary education. In all OECD countries with available data, women have a higher degree frequency than men. The average is currently 72 percent among women and 61 percent among men and everywhere the gap is widening. Several reasons have been put forward for this trend, most common is to emphasize that young men might value connections and contacts more than higher education, while female students usually view education as more than a means to make money. It has been found that more young women than men assume that education is an essential part of their development and personal independence, something that generally has been related to the clearing away of barriers to women’s education and an opening up for their access to professions requiring advanced higher education. Women are increasingly competing with men for advanced professions. Skills are becoming more crucial than gender. Still, the gender gap in remuneration continues to persist.

However, the connection between gender and education continues to be complicated. In several countries, the importance of gender roles is more pronounced in schooling at first – and secondary levels, than at the tertiary one. Economic concerns tend to be decisive for children’s schooling. Even if poor parents don’t pay school fees, money is spent on transportation, textbooks and clothing. Since schooling could mean that a girl will spend less time helping at home, a poor family might consider sending her to school as detrimental to its well-being. To a higher degree than boys, responsibilities like, cooking, cleaning and taking care of sick parents and babysitting siblings, still tend to fall on girls.

Furthermore, schools may be far from home and if lessons take place in the evenings, roads, schools and homes may have limited, or no electricity and light at all. All over the world, girls and boys are harassed and abused on their way to school and girls are disproportionately targeted. The school might also be a place of discomfort and danger, and not only fellow students but even teachers may behave like predators. A situation worsened in conflict and crisis-affected areas. Schools are often targeted by rebel groups; education suffers, schools stop functioning. During such, and other, emergencies, gender is an important factor. In several areas, schools providing education for girls are particularly targeted and refugee girls are half as likely to be in school as boys in the same situation.

Some poor parents may assume that it is not worth the effort and loss of earnings to educate their daughters – they might be married off to a man who will take responsibility for them. It is thus common that poor parents consent that their daughters marry before they reach the age of 18, explaining that this will protect them from harm and social stigma. However, an uneducated child bride is more likely to experience early pregnancy, undernourishment, domestic violence, and pregnancy complications. Furthermore, she will generally, due to dependency on her spouse’s whims and needs, as well as lack of education, be unable to gain financial independence. Girls’ lack of schooling is detrimental to national growth and general health. Providing efficient and free education to girls benefit the entire society, fomenting not only equality and general well-being – child marriage rates decline, but family health also improves, while child and maternal mortality rates fall, and child stunting drops.

In developing countries drop-outs from school tend to be most common among girls and early marriages and pregnancy are the main reasons for this. Teen mothers may find it impossible to continue their schooling due to lack of daycare, while other young women may decide that it is preferable to leave school and start a family early. If they lack a spouse and/or support of a family it is even harder for them to continue an education and survival becomes their main goal. If opportunities in the labour market, not the least in the “informal” sector, are attainable any desperate person may choose those earnings which in the short term are preferable to a continued investment in schooling.

More recently, it has to a higher degree than before been noticed that gender roles might also be detrimental for boys’ education. Social change affects them as well as it affects girls. For example, in Mongolia poor families depending on cattle herding tend to take their boys out of school and as farm lands and rural economy evolves, families find it more economically rewarding to keep boys in farming, rather than sending them to school. In Mongolia, 65 percent of those children not finishing secondary school are boys and the trend continues, while female domination is reported in the entire education system.

In many poor countries, opportunities for jobs after graduation are limited, making alternative lifestyles more attractive, even if they might go against accepted values and behaviour. There is always an allure of rapidly and easily gained money through unskilled work and illicit activities, instead of dreary and unpaid schooling, combined with the risk of not obtaining a job answering to skills developed through education. Just like girls might be needed for household chores, boys and young men may be expected to support poor, often single-headed households with work that cannot be obstructed by schooling. Such a situation might in poor districts with an inadequately supported school system be worsened by violence in and around schools, making it untenable for youth to continue attending, while illicit activities may offer more attractive alternatives than staying in school. Predators are lurking to abuse and exploit boys – criminal gangs and militia recruit youngsters, supported by prevalent myths about male superiority and temerity.

Marginalized areas in both wealthy and poor nations suffer from boys dropping out of school and ending up in illicit activities, which make them prone to violence. Jamaica is for example struggling with boys from poor families increasingly dropping out of school, ending up in unemployment, idleness, reckless behaviour and even worse – criminality. In Jamaica, boys’ participation in secondary schooling is rapidly declining. At all levels, girls are outperforming boys and young women are more than twice as likely as young men to enter tertiary education.

It is in higher education that differences between young men’s and women’s attendance is becoming even more apparent than at first – and secondary levels. The latest OECD report on education states that the gap between female and male attendance at tertiary levels of education is with every year increasing with at least one percentage point. In 2020, overall education levels combined, enrollment rates were on average 7 percentage points higher for 20-24 year-old women than for men. The largest gap in this age group was found in Slovenia (20 percentage points) and the gap was at least 15 percentage points in Argentina, Israel and Poland. On average across OECD countries with available data, boys are more likely to repeat a grade than girls and represent 61 percent of the number of repeaters in lower secondary education.

These ratios are even wider in the Gulf Emirates, where boys are dropping out of secondary school at a rate of up to 20 percent in a single year. This while girls and young women surpass their male counterparts in attendance and outperform them at all levels and across all subjects. In the Emirates this tendency may be explained by the fact that men are privileged and may to a higher degree than women count upon good connections and general support. Even in a country like Saudi Arabia, the only Islamic country (so far – Afghanistan is moving in the same direction) that has a separate system of female education and where women’s access to the labour market is restricted, more than 60 percent of higher education graduates are women.

These are just a few examples of how education, both positively and negatively, is affected by gender and socioeconomic change. Equality is beneficent for any social system and while addressing an area like education the entire spectrum of gender and access must be taken into consideration, meaning that different needs and prerequisites for boys and girls must be part of the equation. Society is constantly changing and education changes in close symbiosis with it. Nevertheless, for the benefit of us all we must strive for guaranteeing that this change fosters equal rights and general well-being, something that will not be achieved if gender aspects are ignored.