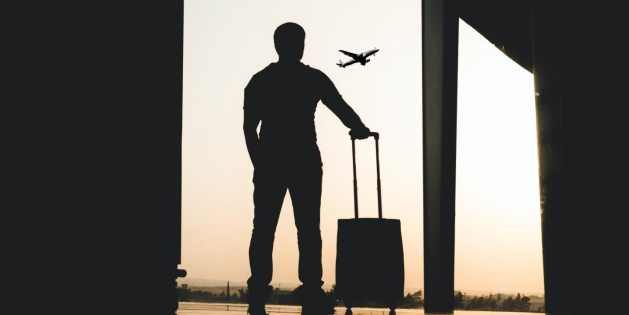 VILNA, Dec 7 2021 (IPS) - Independent journalism has come increasingly under attack in Belarus, as the country has become a regional hotspot of media repression. Lately, as many as six media outlets have closed shop to ensure the security of their staff. Some media workers have fled the country.

Among those who have left were employees of the country’s largest media outlet, TUT.BY. The site shut down in May, after government officials raided the newsroom’s offices and the homes of some employees. Fifteen staffers were arrested on criminal charges, and currently are being held in jail.

The TUT.BY site was blocked, and the government declared over 20 years of their published reporting extremist material. Under penalty of administrative and criminal sanctions, their reporting can no longer be disseminated or reprinted in Belarus, the publication’s logos cannot be used, and the TUT.BY name can’t be mentioned.

After the site was blocked, the newsroom’s journalists began to publish their reporting on Telegram. In early July, some of these reporters launched a new project called Zerkalo.io. Now registered in Ukraine but still reporting for a Belarusian audience, the Zerkalo team considers itself the successors to TUT.BY.

Looking back, Pushkina believes that TUT.BY’s editors made a critical mistake — one that she personally regrets. They hadn’t anticipated the dire turn of events inside Belarus: “I would advise all media outlets that find themselves in a similar position in other countries to try to answer the question: How far might the repressive crackdown go?”

The employees who left the country are safe — an especially meaningful development in light of the Belarusian government bringing a second criminal case against TUT.BY employees in early October.

“I feel guilty for every day that my colleagues spend in prison. I would gladly swap places with them,” said Pushkina. “But I manage the country’s largest media outlet, and I’m responsible for keeping it alive.” She added that the editorial staff’s current objective is to “make clear that [the government] can’t simply flip a switch and stop the flow of information.”

Zerkalo went live two months after the government raids of TUT.BY. Upon deciding to launch the new site, the Zerkalo team discussed it with the owners of TUT.BY, registered the new outlet in another country (Ukraine), bought the domain name, and designed and launched the new site, Pushkina explained. For journalists who find themselves in similar situations, she recommended making relocation arrangements ahead of time: buy a domain name, make a backup copy of your existing content, and safeguard it in another country.

Less than an hour after Zerkalo launched, Belarusian authorities blocked access to it. A month later, the court ruled that the site’s content is extremist. “Today, our average daily figure is 200,000 page views. According to Google Analytics data from September, the site has 2.9 million monthly visitors,” Pushkina said, noting that the numbers are growing. “Today, we [Zerkalo] are once again the largest media outlet covering politics. We are ahead even of the state-run media,” said Pushkina. Still, they are much smaller than TUT.BY’s readership was before it was shut down. In April 2021, for instance, 18.2 million unique visitors visited TUT.BY.

The relocation provided critical advantages for Zerkalo. “The editorial staff are in greater safety, and nobody has been arrested since the new site was launched,” Pushkina said.

Zerkalo continues to prioritize security. The newsroom doesn’t have a physical office that can be bugged, or where its employees could be detained. Reporters’ names are kept off the record, and their articles have no bylines. To safeguard information, employees communicate via secure messaging apps.

Zerkalo has no journalists physically working in Belarus; the editorial staff receives information about developments inside the country from their readers. “Our staff are facing 12 years [of prison]. We get letters from the journalists who say they are ready [to work with us]. But I’m not ready to be responsible for anyone else who might end up in prison,” said Pushkina.

She noted that Zerkalo reporters maintain their editorial integrity, despite the challenges they’re up against. “When your colleagues are imprisoned, when many people are forced to leave their homeland, you want to defend yourself. But we decided to uphold the previous editorial policy because [we don’t want to depart from] high journalistic standards.”

Looking back, Pushkina believes that TUT.BY’s editors made a critical mistake — one that she personally regrets. They hadn’t anticipated the dire turn of events inside Belarus: “I would advise all media outlets that find themselves in a similar position in other countries to try to answer the question: How far might the repressive crackdown go?”

Journalists and newsrooms elsewhere that face efforts to silence their reporting might similarly consider relocating. Here are tips to keep in mind should the need arise:

This article was originally published by IJNet, International Journalists’ Network