Why Does Yangtze River Have its Own Protection Law?

AUSTRALIA, Jan 3 2022 (IPS) - The new Yangtze River Protection Law (YRPL), which came into effect on March 1, 2021, is China’s first legislation on a specific river basin. The Yangtze River is China’s longest and largest river system, stretching over 6,300 kilometres and has over 700 tributaries. With a drainage basin covering more than 1.8 million square kilometres, approximately one-fifth of China’s total land area, the river basin is home to over 40% of the country’s population.

The new law suggests that the Chinese Central government is shifting its priorities when it comes to rivers and ecological conservation. The YRPL demonstrates a major milestone in the CCP’s legislation on ecological protection and restoration: it seeks to strengthen oversight as well as the prevention and control of water pollution in the river basin by addressing the inability of current institutions to carry out the river’s protection through 96 provisions across nine chapters. The overall aim of the YRPL is to protect China’s longest river by strengthening its ecological protection and restoration as well as promoting the efficient use of its water resources.

Why is the YRPL necessary?

The YRPL is necessary for four main reasons:

1) To protect China’s mother river: Both Yellow and Yangtze rivers are often referred to in Chinese as the “mother rivers”. As “cradles of Chinese civilisation” of Chinese civilization, both rivers have played significant roles in China’s history, demonstrating their cultural and historical value to China and Chinese people.

2) To safeguard China’s driving economic force: the Yangtze River holds great socio-economic value for China. Notably, the river forms an integral part of the Yangtze River Economic Belt which plays a key role to national energy and food security as well as global supply chains. Covering 21% of China’s total land area, the Yangtze River Economic Belt is made up of nine provinces (Anhui, Guizhou, Hubei, Hunan, Jiangsu, Jiangxi, Sichuan, Yunnan, and Zhejiang), two municipalities (Chongqing and Shanghai), and many of China’s free trade zones. The region is believed to account for 45% of the national gross domestic product (GDP), making it one of China’s economic centre, and a major agricultural region, making the area one of the most intensive farming regions in the world and an integral part of China’s ability to safeguard food security. The area plays an important role in China’s rapid development as well as in the national green development push, agricultural green development, and various other development policies. 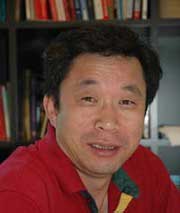 In addition, the Yangtze River plays an enormous role in the South-North Water Transfer Project. The South-North Water Transfer Project diverts water from southern China to secure water supply to Beijing and other major cities in the North China Plain for drinking and non-drinking purposes. Along with the Hai River, Yellow River, and Huai River, the four rivers form the so-called ‘four horizontal and three vertical’ “sanzhong siheng” (三纵四横) water security network in China.

4) To maintain sustainable development: the development of the Yangtze River Economic Belt has come at the cost of serious impact on the sustainable development of both the economy and society. Consequences include severe pollution, overfishing, and industrialisation as well as sand dredging and dam-building which harm the river’s water quality and biodiversity, as well as environmental and human health. This consequently affects more than 580 million people who live along the 2 million square-kilometre land area of the YREB.

The consequences of lax environmental standards have resulted in the main drinking water supply source of around 400 million people, or a third of China’s population, being threatened. The dangerous levels of heavy metals (e.g., arsenic and lead), linked to the development and smelting of mineral resources, and which threaten the environment and ecology as well as human health, food security, and food safety. The river’s high rates of pollution have been further linked to China’s “cancer villages” (癌症村).

Although the central Chinese government has acknowledged these concerns in reports and environmental policies (e.g., “ecological red lines” policy to balance environmental and ecological protection and economic growth) and regulations (e.g., fishing ban), they are generally subject to poor coordination, application, and enforcement. In 2016, Chinese president Xi Jinping highlighted the necessity of protecting the Yangtze River as a key long-term task through basin-wide coordination at the Yangtze River Economic Belt Development Forum, where he called for “joint effort to protect, not develop”. President Xi additionally emphasised that the economic belt’s future development should prioritise “green development” and ecology as per China’s national “ecological civilisation” (生态文明).

The YRPL offers many opportunities. Aiming to addressing water resources management and the sustainable development of the Yangtze River basin by cutting across, the YRPL can strengthen China’s “ecological civilisation” and green development policies. However, the YRPL presents many challenges. How can the Chinese central government implement and enforce the YRPL at a local level? What kind of legal infrastructure or mechanisms are necessary to create a supporting environment to ensure the law’s success? In addition, will local interests try to overpower the basin-wide protection law? Many of the factories accused of polluting the Yangtze River contribute significant amounts of money to the gross domestic products (GDPs) of provinces. Will this, combined with socio-economic disparity between provinces, influence the YRPL’s implementation and effectiveness? Nonetheless, if successful, the YRPL may lead to the universal implementation of similar protection laws for other rivers in China.

Mark Wang is a human geographer specializing in development and environmental issues in China. He is a professor in School of Geography, Earth and Atmospheric Sciences and also the director of the Centre for Contemporary Chinese Studies at the University of Melbourne.