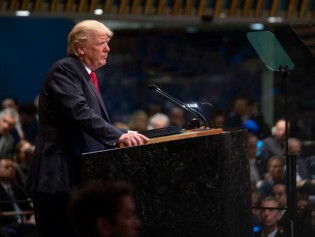 America Faces a Fateful Crossroad in 2022

By Alon Ben-Meir
When my assistant handed me copy expressing my greetings and good wishes for 2022 for approval, I paused, thinking, “is that all I can say, just hope for a better, brighter new year?”

By Alon Ben-Meir
The bombing continues unabated. The explosions are heard in the distance. A family with seven children is cowering in fear in a corner of their shack, not daring to step out, dreading instant death from shrapnel or a sniper’s bullet.

By Alon Ben-Meir
Recently I had an opportunity to brief a group of European diplomats and journalists on a variety of conflicts, with a focus on the Middle East. During the Q&A I was asked which of the region’s conflicts Biden should tackle first.