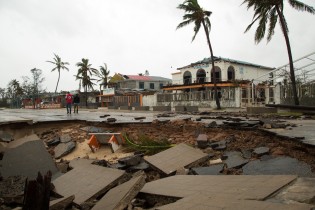 By Kevin Humphrey
Twenty-seven years after South Africa’s first democratic elections, the country finds itself reflecting on the catalysts of a week of looting and destruction of property resulting in more than 200 deaths and US$ 1.3 billion in damage.
ADVERTISEMENT ADVERTISEMENT