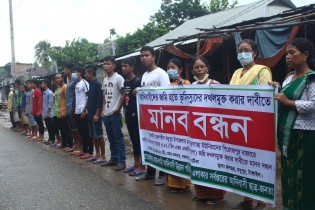 By Rafiqul Islam
Bangladesh has decided to set up a Hilsa Conservation Trust Fund (HCTF) to protect this fish from over-exploitation due to population growth and effects of climate change.
ADVERTISEMENT ADVERTISEMENT