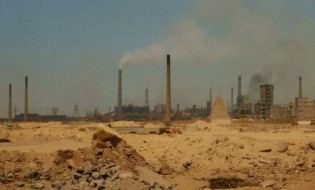 By Taryn Fransen
Indonesia’s Ministry of Environment and Forestry took a step forward on the road to Paris when it published a draft of its new climate plan, or Intended Nationally Determined Contribution (INDC), for public consultation on Sep. 1, 2015. As the world’s sixth-largest emitter of greenhouse gases, Indonesia’s climate commitment is an important piece of the global response to climate change.
ADVERTISEMENT ADVERTISEMENT