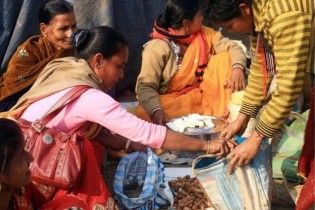 When COVID-19 hit in early 2020, it affected every aspect of people’s lives. For many from the most marginalised sections of society, it meant loss of employment and lack of access to education, food, and the market, among other things.

By Genevieve Donnellon-May
For the first time since 1990, China has (re)opened an embassy in Managua, Nicaragua, less than a month after Nicaragua cut ties with Taiwan. The (re)opening of the embassy on January 1, 2022 comes amidst the backdrop of US-China tensions, particularly over trade and Taiwan, as well as worsening Cross-Straits relations.

Why Does Yangtze River Have its Own Protection Law?

By Genevieve Donnellon-May and Mark Wang
The new Yangtze River Protection Law (YRPL), which came into effect on March 1, 2021, is China’s first legislation on a specific river basin. The Yangtze River is China’s longest and largest river system, stretching over 6,300 kilometres and has over 700 tributaries. With a drainage basin covering more than 1.8 million square kilometres, approximately one-fifth of China’s total land area, the river basin is home to over 40% of the country’s population.

The Impact of Air Pollution on Child Health

Air pollution is a global public health crisis, and air pollution levels in India are among the highest in the world, posing a heavy threat to the country’s health and economy. According to the 2019 World Air Quality Report, India is home to 21 of the 30 most polluted cities in the world. In these cities, air quality can be as much as 10 times over the safe limits of air pollution recommended by the WHO.

By Armida Salsiah Alisjahbana
Countries in the Asia-Pacific region are trying their best to deal with the COVID-19 pandemic by rapidly rolling out vaccination programmes and putting in place public health interventions to reduce its impact. At the end of November, there were 262 million confirmed COVID-19 cases and 5.2 million deaths globally. About 60 per cent of all COVID-19 cases and half of all COVID-19 related deaths were in Asia and the Pacific. About 7.8 billion vaccines have been administered globally, and vaccine supply is generally improving.

Quest for Asian Innovation & Solutions in a Networked World

By A .H. Monjurul Kabir
The UN’s 76th anniversary in 2021 arrived at a time of great upheaval and change. If the world is to transition from COVID-19 and we are to deliver on our promises to future generations - to secure a world where everyone can thrive in peace, dignity, and equality on a healthy planet – then 2022 must be the year we change both gear and discourse.

Covid-19 Has Accelerated New Agtech Development and Adoption in Asia-Pacific!

By Paul S. Teng and Genevieve Donnellon-May
While the COVID-19 impact has been predominantly negative, the pandemic appears to have sparked increased interest in developing agricultural technology (agtech) to improve the efficiency of food systems, from input supplies through farming and processing to delivery and retail.

By Armida Salsiah Alisjahbana
Transport ministers from across Asia and the Pacific are meeting this week to consider a potentially transformational agenda for how people and goods are moved around the region and across the globe.

By Rebecca Reichmann Tavares, Roberta Clarke and Meryem Aslan
We are former UN officials with decades of combined experience supporting international civil society and governments to advance the rights of women and girls.

By Joe Coroneo-Seaman
On 14 April this year, the price of a single Bitcoin reached a then all-time-high of around US$64,870. Just over a month later, the price of the world’s most popular digital currency had tumbled to $34,259.

By Catherine Wilson
The famed Rosewood forests of the Greater Mekong region in Southeast Asia produce dark, richly grained timbers zealously sought after worldwide by manufacturers of luxury furniture, flooring and musical instruments, among other products. But their high value has also made them a major commodity in transnational organized crime.
Next Page »
ADVERTISEMENT ADVERTISEMENT