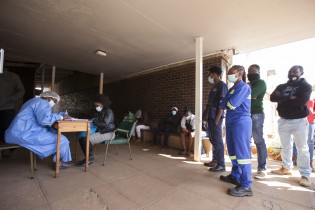 By Mohamed Fofanah
Adikali Kamara is a 36-year-old student nurse working in the government hospital in Kenema, a sprawling town on the fringe of the Sierra Leone’s Gola tropical rain forest.
Next Page »
ADVERTISEMENT ADVERTISEMENT