UAE offers US$500 million to international efforts to reconstruct Iraq 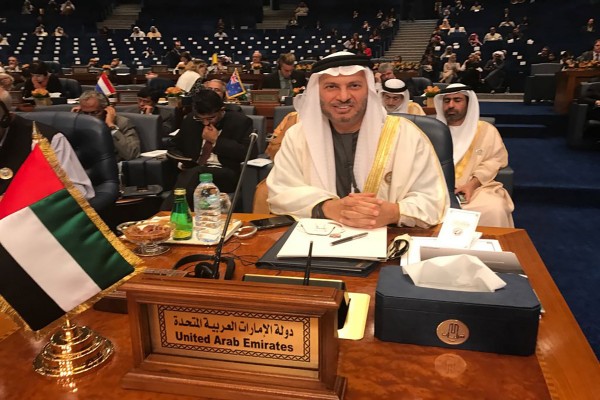 During his speech as head of the UAE delegation at the ‘Kuwait International Conference for the Reconstruction of Iraq,’ he explained that the support includes $250 million via the Abu Dhabi Fund for Development for infrastructure projects, $100 million to help UAE electricity companies fund projects in Iraq, $100 million to support and promote UAE exports, as well as $50 million to support the humanitarian efforts of the Emirates Red Crescent, ERC, and its charity projects in the areas most affected by Daesh.

During the conference, which was launched by His Highness Sheikh Sabah Al Ahmad Al Sabah, Emir of Kuwait, Gargash praised Haider Al Abadi, Iraqi Prime Minister, and Antonio Guterres, Secretary-General of the United Nations, UN, as well as Kuwait’s initiative and the international response to support and assist Iraq’s reconstruction.

He also highlighted the UAE’s historic support for Iraq, which includes a decision to cancel a previous debt worth $7 million in 2008, and a clear political and diplomatic commitment during the last decade.

Gargash affirmed the UAE’s key role in the coalition against Daesh, which included financial support valued at $700 million, as well as $60 million to improve humanitarian conditions in the Mosul region.

He then highlighted the efforts of the UAE’s private sector to reconstruct Iraq, most notably a project to develop the Al Rasheed Camp, valued at $5 million, as well as providing work opportunities and building a modern infrastructure in the Iraqi capital. He also noted the investment of DP World in developing the Umm Qasr Port, which is valued at $500 million, and other private sector projects.

The UAE explained the importance of Iraq’s stability and prosperity to the Arab region, and the necessity of working together and utilising available opportunities to achieve their goals, which will return peace and positivity to the region.