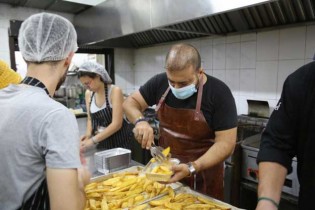 By Anis Chowdhury and Jomo Kwame Sundaram
Once deemed a basic human needs success story, Sri Lanka (SL) is now in its worst economic crisis since independence in 1948. Nonetheless, SL’s ‘moment of truth’ now offers lessons for other developing countries.

By Anis Chowdhury and Jomo Kwame Sundaram
As China increases lending to other developing countries, ‘debt trap’ charges are growing quickly. As it greatly augments financing for development while other sources continue to decline, condemnation of China’s loans is being weaponized in the new Cold War.

Deepening Stagflation: Out of the Frying Pan into the Fire

By Anis Chowdhury and Jomo Kwame Sundaram
The world is sailing into a perfect storm as key leaders seem intent on threatening more war, albeit while proclaiming the noblest of intentions. By doing so, they block international cooperation to create conditions for sustainable peace and shared prosperity for all.

War or Peace, Barbarism or Hope

By Anis Chowdhury and Jomo Kwame Sundaram
The spectre of ‘stagflation’ threatens the world once again. This time, the risk is the direct consequence of political provocations and war, and not simply due to inexorable economic forces. Stagflation? Stagflation is a composite word implying inflation with stagnation. Stagnation refers to weak, ‘near zero’ growth, inevitably worsening unemployment. Inflation refers to price increases – not high prices, as often implied.

NGOs Seeking a Monterrey+20 Summit on Financing for Development

By Pooja Rangaprasad and Tove Maria Ryding
This week, exactly 20 years ago, world leaders adopted the United Nation’s Monterrey Consensus. They committed to “Confronting the challenges of financing for development” with a global response and to creating a fully inclusive and equitable global economic system.

By Anis Chowdhury and Jomo Kwame Sundaram
All too many developing countries have been persuaded or required to prioritize inflation targeting (IT) in their monetary policy. By doing so, they have tied their own hands instead of adopting bolder economic policies for growth, jobs and sustainable development.

By Anis Chowdhury and Jomo Kwame Sundaram
All over the world, people expect policies by central bankers trained in economics to have a sound scientific base. But in fact, inflation targeting is an article of faith with neither theoretical nor empirical basis.

By Anis Chowdhury and Jomo Kwame Sundaram
Calls, even screams, to fight inflation above all else are getting shriller. Thankfully, even The Economist (5 Feb. 2022) reminds all, Fighting inflation could put the world in a slump. No inflation consensus International Monetary Fund (IMF) Managing Director Kristalina Georgieva doubts the world faces a runaway inflation threat. She urges policymakers to carefully calibrate fiscal and monetary policies, with more “specificity”, as not ‘one size fits all’.

By Ahn Mi Young
Immediately after its release, the Squid Game went viral, grabbing the attention of the world's entertainment stage. The grotesque and hyper-violent thriller has reportedly become Netflix's biggest show, the world's most-watched and the most-talked-about streaming entertainment. Is it a case of art imitating life?
Next Page »

Banking panics, recession, loss of market value, deflation. Is the current financial crisis in any way comparable with the Great Depression of 1929? And more importantly, how is it affecting the weakest? IPS brings you worldwide coverage of the impacts of this crisis.