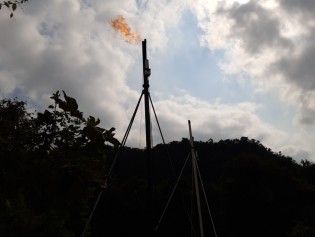 Limits to Growth: Inconvenient Truth of Our Times

By Hezri A Adnan and Jomo Kwame Sundaram
Ahead of the first United Nations environmental summit in Stockholm in 1972, a group of scientists prepared The Limits to Growth report for the Club of Rome. It showed planet Earth’s finite natural resources cannot support ever-growing human consumption.

By Philippe Benoit
With COP 27 approaching, pressure is mounting on wealthy countries to increase their support to poorer ones in the face of climate change. The recent floods in Pakistan have amplified this issue.  China, as the world’s second largest economy, will similarly face increasing pressure to help other developing countries on climate.

By Wambi Michael
Thirty-year-old Difasi Amooti Kisembo is one of the demonstrators near the EU delegation offices in Kampala. He and a handful of others have traveled from Uganda’s oil and gas-rich Albertine region’s district to Uganda’s capital Kampala to express their displeasure with an EU Parliament’s resolution against the planned construction of the East African Crude Oil Pipeline.
Next Page »