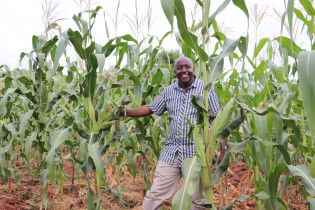 By Isaiah Esipisu
Its time for the world to radically change our ways if we are to make peace with the planet and create the environmental conditions so that all of humanity can thrive, delegates attending the Fifth Session of the United Nations Environment Assembly (UNEA-5) heard this morning.

By Isaiah Esipisu
Kenya’s getting hotter. Much hotter than the 1.5˚C increase that has been deemed acceptable by global leaders, and it is too hot for livestock, wildlife and plants to survive. Thousands of households, dependent on farming and livestock, are at risk too.
Next Page »
ADVERTISEMENT ADVERTISEMENT