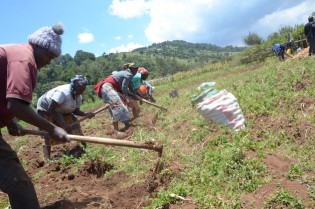 By Rita Ann Wallace and Cynthia S Reyes
In January of this year, Britain’s Prince Harry and his wife Meghan, the Duke and Duchess of Sussex, shocked much of the world when they announced they would be stepping down from their roles as senior royals.

By Anita Bhatia and Ulrika Modéer
Climate change is already altering the face of our planet. Research shows that we need to put all our efforts over the coming decade to limit warming to 1.5°C and mitigate the catastrophic risks posed by increased droughts, floods, and extreme weather events.

The System, Youth and Democracy

By Roberto Savio
If we ever needed proof of how the political system has become self-referential and unable to update itself, the latest student march in more than 1,000 towns is a very good example.
Next Page »