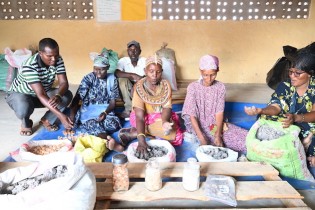 By Robert Kibet
Just two years ago, Mary Ondolo, a 50-year-old mother of nine from Kenya’s marginalised, hunter-gatherer community, the Ogiek, used to live in a grass thatched, mud house. She'd been living there for decades.

By Robert Kibet
Allan Karanja, 22, is a sand harvester. His job is a complex and arduous one that involves him working in deep pits, equipped only with a shovel, crowbar and no protective gear, as he mines sand. It’s also a deadly occupation.
ADVERTISEMENT ADVERTISEMENT