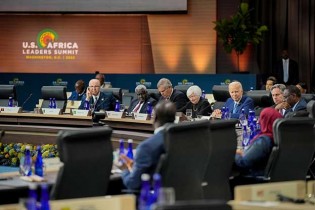 By Jomo Kwame Sundaram
Calls for more government regulation and intervention are common during crises. But once the crises subside, pressures to reform quickly evaporate and the government is told to withdraw. New financial fads and opportunities are then touted, instead of long needed reforms.

The long and distant epoch of pre-history, dated to the time before the start of the Common Era, is conventionally divided into three periods: the Stone Age, the Bronze Age, and the Iron Age. Subsequently, in the era of written history, we generally have not relied upon specific metals or minerals to define our periods. Too many metals and minerals, harnessed by new production techniques and new labour patterns, have contributed to our immense capacity to generate large surpluses. There is the Age of Industry but not, for instance, the Age of Steel, the core metal of our period.

By Scott MacMillan
About seven years ago, I started working on a project with Sir Fazle Hasan Abed, the founder of BRAC. It was originally supposed to be a memoir: the story of Abed, the mild-mannered accountant who would rid the world of poverty, as told by the man himself. I was privileged to be Abed’s speechwriter for the last several years of his life, and I would sit for hours listening to stories from his remarkable life: of his boyhood in British India, his love life in London in the 1960s, his three marriages, and how, in 1972, with a few thousand pounds from the sale of his flat in Camden, he launched a small nonprofit organization to aid refugees, originally called the Bangladesh Rehabilitation Assistance Committee. Many people would go on to call BRAC, which Abed led until his death in 2019, the world’s most effective anti-poverty organization.
Next Page »
ADVERTISEMENT ADVERTISEMENT